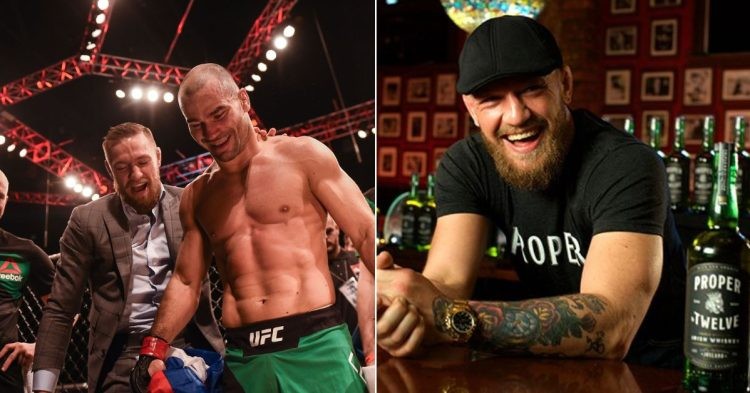 Conor McGregor has found himself in a bit of trouble after former teammate and friend Artem Lobov sues Notorious over the claims that he came up with the original idea of the hugely popular Proper 12 whiskey brand and demands 5% from the share McGregor earned after selling his majority stake in the company.

Conor McGregor launched Proper No. Twelve Irish Whiskey with co-founders Audie Attar and Ken Austin back in September 2018. Earlier last year, McGregor sold his majority share in the company to Proximo Spirits for an excess of $600 million. The business transaction netted upwards of $180 million for McGregor in a single year, making him the highest-earning sports athlete in the year 2021 on the Forbes list.

Now, more than a year later, Artem Lobov has come out with the accusations and is claiming millions of euros for what he claims was his brainchild. Team Conor McGregor has now responded to Artem Lobov, calling his claims “incorrect”.

It won’t be wrong to say that Artem Lobov rose to stardom after his altercation with Khabib Nurmagomedov in the lead-up to UFC 229. McGregor flew all the way from Ireland to the United States, prompting further chaos resulting in the infamous dolly incident where the Notorious attacked a bus with Khabib Nurmagomedov, Rose Namajunas, and Michael Chiesa inside.

Earlier this year, Artem Lobov revealed that he was offered $1 million by Conor McGregor, however, the Russian fighter denied the money.

“Conor offered me $1M but I turned it down, I didn’t accept it,” he said. “You know, throughout my career whenever I have helped Conor with camps, he offered to pay me for them camps, but I never accepted money from him.”

The sudden turnaround from Lobov is quite shocking considering it wasn’t very long ago that Lobov made these statements. What changed in the past 4-5 months, only time will tell.

Lobov claimed that he brought the popularity of Irish whiskey to McGregor’s attention and played a key role in putting together the success story that it is today. Now, Lobov is asking for a 5% share of how much McGregor earned from the deal, and it’s safe to say it’s going to cross the $1 million mark.