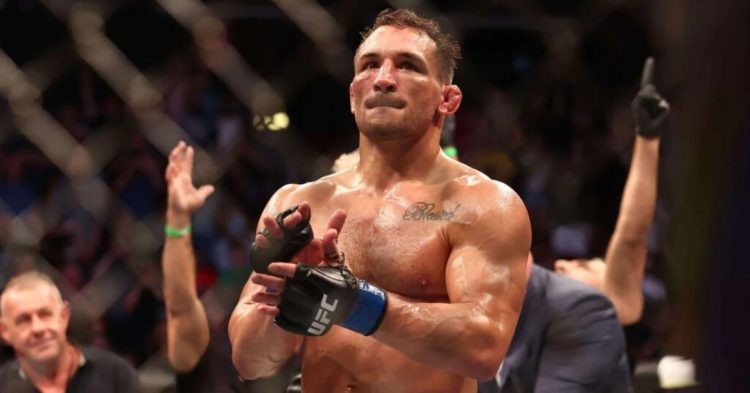 Michael Chandler is a dominant lightweight with a history of knockout performances, and accolades including a two-time Bellator Champion. Chandler is huge and at 5 8′, one could compare him to Paulo Costa of the Lightweight division. Chandler’s physique and Bellator’s relaxation on testing its fighters have often out him under allegations of doping. In the lead up to UFC 254, where Michael Chandler would be serving as the back-up for Khabib Nurmagomedov vs Justin Gaethje, the former lightweight Champion addressed the allegations.

“I think that was a thing. Granted, I made my decision based on the best offerings from Bellator, the previous promotion. I never got into a free agency not because I didn’t want to come to the UFC. I told Dana that I wanted to be in the UFC for a long time, it just wasn’t the right time. I wanted to be tested by USADA, it just wasn’t the right time.” Chandler stated.

Michael Chandler has often been criticized for not signing with the UFC because of the promotion’s year-long drug testing programs. Chandler denied all the allegations while stating that he is coming off a KO win over Benson Henderson and would be potential taking on either Khabib or Gaethje at UFC 254 in under 11 weeks from his last fight. Chandler invited USADA to test him and stated that he will let his hard work and his performances inside the octagon do the talking.

“So yeah, to prove to the naysayers, the ones who said, ‘Oh! Chandler is just trying to get some more money from Bellator. Well, here I am guys. Here I am, taking a fight on October 24th possibly, which is 11 weeks removed from my previous fight. So it wasn’t like I am coming into the UFC, ‘hey guys, I need a year real quick. Give me a year before I step into the cage. No! test me now, test me asap. I don’t need time. I am excited about it. I am excited to lay that to rest.”

Khamzat Chimaev is Destined for Glory