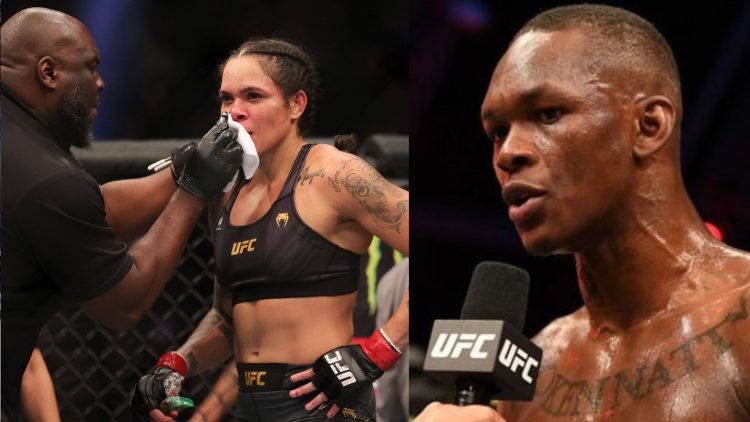 At UFC 269, Julianna Pena shocked the world by submitting Amanda Nunes with a rear naked choke. Pena went into the title fight as a huge underdog. But she defied all the odds to become the UFC bantamweight champion.

Amanda Nunes looked really strong and confident early in the fight. However, as the fight progressed Nunes got exhuasted and her performance in the second round was not that impressive. She did not show a good striking defense and footwork. And a big reason for that was her injury leading upto the fight.

In UFC 277 countdown, Amanda Nunes details her bad training camp going into the first fight against Julianna Pena. She stated:

“I like have my both knees like pretty bad. I sprained that I no be able to recovery. I was in and out the doctor, doing like a lot of repair to see if I’d be able to at least get a good, solid camp and I wasn’t.”

After the fight, Nunes also separated from ATT and opened her own gym, where she has been training for the rematch against Julianna Pena. So it’s safe to say that, Nunes did not have a good training camp for her last fight. However, that is not an acceptable excuse for the UFC middleweight champion, Israel Adesanya.

In a recent video on his Youtube channel, FreeStylebender, Israel Adesanya broke down UFC 277 fight card and gave his prediction. While breaking down the main event between Amanda Nunes and Julianna Pena, Adesanya found out Nunes’ comments about her last training camp and he was not too happy about it.

Israel Adesanya said that it’s Nunes’ fault for not training enough during the training camp. “That’s her fault. She should have trained.”– Adesanya stated.

Dan Hooker gave a fascinating insight on Nunes’ mindset and suggested that she got over confident. “I think she just drank the cool aid. I think she just watched the videos and listen to all the people be like ‘you are gonna waste her, you are gonna bash her’ and believed it.”

Many fans believe the rematch between Nunes and Pena is going to be very different from the first fight and that’s why Nunes is still the favorite to win. The pressure will be on Julianna Pena again to defy the odds and prove the critics wrong.