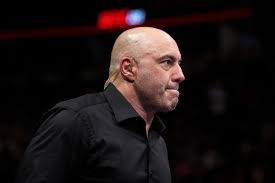 Floyd Mayweather and Logan Paul earned a tremendous amount of money from their exhibition fight. “The Maverick” earned 20 million whereas Mayweather earned 120 million from the Boxing fight. After the fight, several UFC stars expressed their discontent regarding the amount of money they are getting for their fights. Paulo Costa was the first fighter to voice his opinion as he backed out from the fight because he believes that he deserves much more pay than what he has been getting. Francis Ngannou also went on Twitter to express his concern regarding the fighter’s pay.

Many amazing fans of MMA comes to me in multiple places and saying; “We hope see you fighting soon when you come back?”I really feels bad for them,Unfortunately I wont make bigs show to get same payment as unranked fighters. No make sense.
After all I still training and sharp pic.twitter.com/fpOtL3CqyM

It's crazy to think that Logan Paul (0-1) just made $20M on a boxing exhibition.

WHAT ARE WE DOING WRONG? 🤔

Also read: “If It Happened I’m Being Robbed”- Charles Oliveira Makes a Shocking Confession About His UFC Fight Bonuses

UFC analyst, Joe Rogan shed some light on this topic while speaking in his podcast “The Joe Rogan Experience”  and stated “I think what they have to understand is whether you like it or not. Even if you are the elite of the elite. A Kamaru Usman or a Stylebender the best fighters in the UFC. The money comes from people wanting to buy your PPV. It shouldn’t maybe. In a perfect world, the most skillful fighter gets the most amount of money. But that’s not how it works here. In the world of combat sports, professional prized fighting it’s all about how many eyes are going to watch you.”

Why are UFC fighters unhappy with their pay?

The UFC fighters have been fighting a never-ending battle against the company regarding their pay increase. Fighters like Jon Jones, Nate Diaz, Conor McGregor, Jorge Masvidal, and many others have taken their dispute in public and demanded higher pay from the UFC. But only a few fighters have succeeded in their demands. Nate Diaz and Conor McGregor were two such fighters that were successful in getting an increment in their pay. But this is only because these two stars can grab the eyes of the people and gain a tremendous amount of PPV views. Whereas the company has denied the demands of Jon Jones because they believe that he does not have the potential to bring in that kind of view for his fights.

The fighter pay issue has again come into the limelight after Jake Paul had criticized Dana White for not paying the fighters the money that they deserve. Since then fighters like Paulo Costa and Francis Ngannou have expressed their discontent regarding their pay. However, Dana White slammed The Borrachinha and has called his demands irrational especially after his last performance against Israel Adesanya.

In the end, the UFC has to compromise and at least pay the fighters what they deserve irrespective of their viewership and PPV sales.  As the fighters put in a lot of hard work and dedication and also put their bodies on the line to entertain the fans.

Also read: “You’re Not a F*****G Youtuber”- Dana White Has a Harsh Message for Paulo Costa Following His Demand for Big Fight Purse