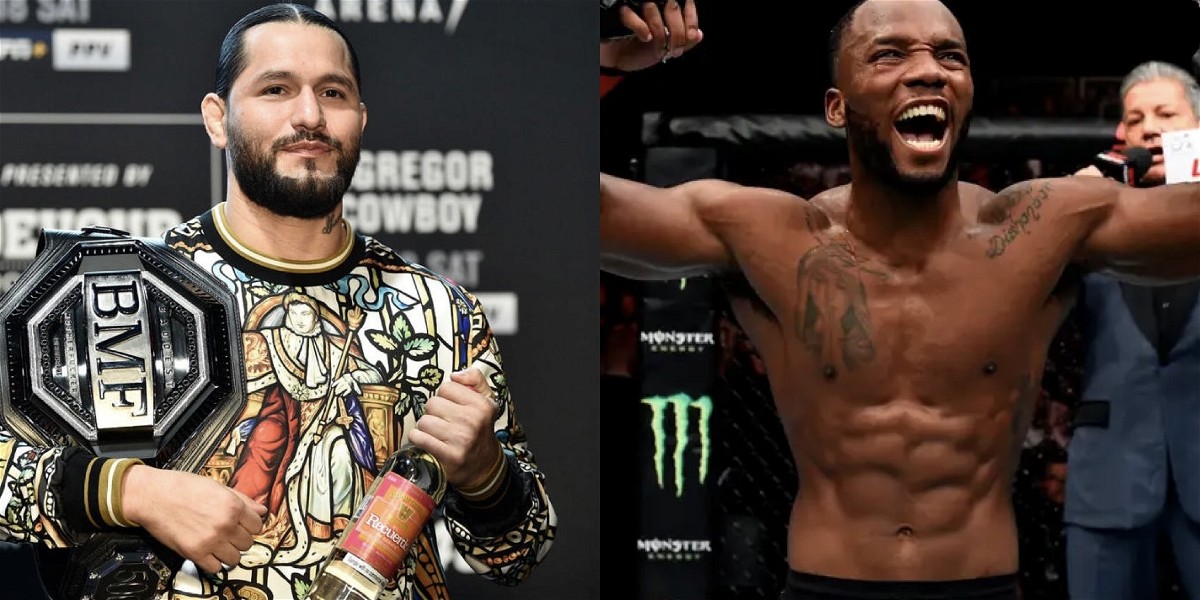 Jorge Masvidal was very excited to promote his Bare-knuckle fighting promotion as it hosts its first event on June 18 at Biloxi, Mississippi. During the media day of the Gamebred Fighting Championship, Masvidal took some time out and answered some questions about his UFC return.

The Gamebred had some harsh words towards his welterweight rival Leon Edwards. He commented on Edwards’ fight against Nate Diaz and stated

“It was a good fight, a good performance. I thought Leon does what he does but he keeps asking for more money and more things, but he’s not a finisher. He’s not a fighter. He was winning happily and he wasn’t willing to put himself at risk to go out there and get those finishes. You know that’s why I don’t think he’s in a position that he wants to be. He’s not going out there fighting every second of every minute. So he is a very skilled guy but you know he just doesn’t have that grit and that meanness in him to go out and beat up a top contender the way you should you know.”

Jorge Masvidal also commented about his return to the UFC and who he would like to face next. “It doesn’t matter who it is or whoever’s in the top 5 available in November or October that’s whose head I’m coming after.”

Jorge Masvidal and Leon Edwards have unfinished business after their wild brawl backstage at UFC fight night in London in 2019. Since the three pieces and a soda duel, the two fighters have gone back and forth on social media and have dissed each other.

After Rocky’s unanimous decision victory over Nate Diaz at UFC 263. UFC President Dana White had suggested that a match between Leon Edwards and Jorge Masvidal could be potentially booked at any given time.

Cut back to yesterday, Gamebred’s comments on the British fighter have reignited a spark in their bitter rivalry as Leon Edwards trolled Masvidal back on Twitter. However, Jorge Masvidal replied and reminded Leon Edwards about their brawl with a cheeky #3pcandasoda.

However, with the current scenario, Leon Edwards would not be interested to take the risk and fight Jorge Masvidal. He would rather wait for a championship fight next. Nonetheless, fans won’t mind a battle between ‘Gamebred’ and ‘Rocky’ in the future.

Also read: Max Holloway Out of the Yair Rodriguez Fight Due to Injury