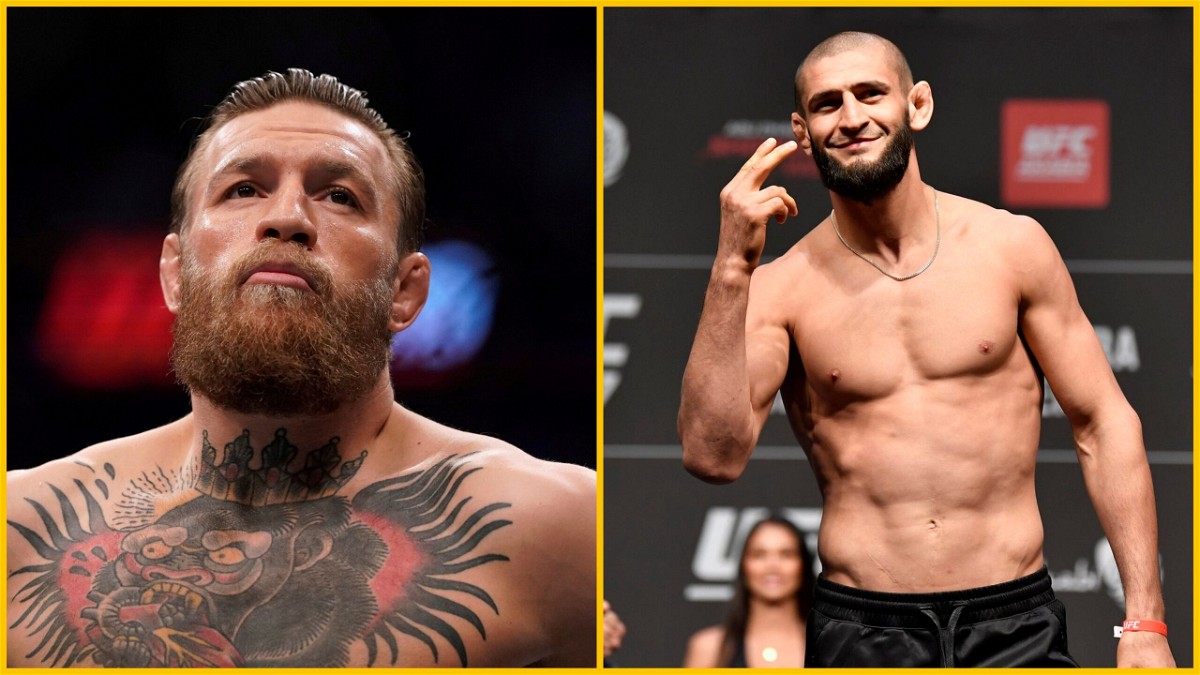 Khamzat Chimaev is open to helping Conor McGregor in his quest of conquering the UFC welterweight division and becoming the first UFC three-division world champion.

During an interview with his own YouTube channel, ‘The Maclife’, Conor McGregor revealed that he is gunning for the 170lbs title. He added that he wants to come back to the welterweight division as it will not require him to dehydrate himself.

The welterweight champion Kamaru Usman is currently at the top of the pound for pound rankings. However, McGregor is not threatened by the ‘Nigerian Nightmare’. According to the Irishman, Usman is just a wrestler without striking threat.

However, Conor McGregor did not fare well against fighters with great ground skills. He was tapped out by Nate Diaz at UFC 196. Conor suffered the same fate when he went up against Khabib Nurmagomedov at UFC 229. Each time he succumbed to a Rear-Naked Choke.

Hence, the prospect of defeating Kamaru Usman is not something that will be an easy mountain to climb. The 33-year old needs to improve his wrestling a lot. And who is better to help him than Khamzat Chimaev?

Chimaev is a great wrestler himself. He took down Jack Hermansson multiple times during a wrestling match. Jack is a top middleweight fighter whereas Khamzat is currently fighting at welterweight. Hence, his company might turn out to be beneficial for the first UFC double-champ. Talking about helping Conor, Khamzat Chimaev said,

“If he wants to come back, if he needs some help, we’re here. If he wants to fight Usman, it maybe can happen. Because the guy is so famous. They can make good money, both. That’s why if they both want to fight, I think UFC will make it.”

Khamzat is also very realistic about McGregor getting a title shot ahead of him. He acknowledged Conor’s popularity and the amount of revenue it will generate for the UFC. Speaking on that, Chimaev added,

“When I finish Gilbert Burns, I think I’m next for the title. (But) this is the business. Who’s more famous, makes more money. They (UFC) choose them. I understand that. But we will see what happens. If he wants to come and train with us, he’s welcome.”

Khamzat Chimaev will fight the aforementioned Gilbert Burns at UFC 273. Due to Burns’ ranking, defeating him may make Chimaev a top contender for the belt. Even if Conor McGregor does get the title opportunity, it will not be long before Khamzat Chimaev knocks on the door.