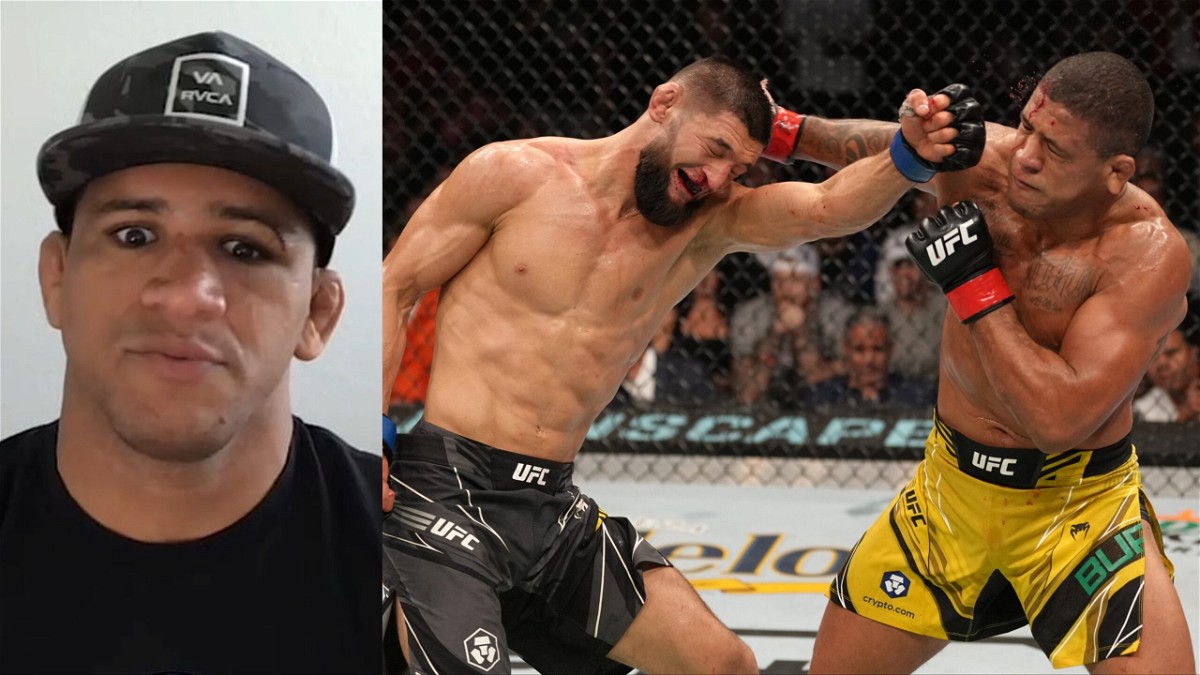 The fight between Khamzat Chimaev and Gilbert Burns is possibly the fight of the year so far. Although there are 8 months and hundreds of fights left, it is hard to imagine that any upcoming bout will be able to match the madness that fans witnessed at UFC 273.

Despite the entertainment factor, it did a lot of damage to the reputation of Khamzat Chimaev. Ahead of last Saturday’s event, the 27-year old had only absorbed 1 significant strike in his first 4 UFC fights. In the fight against Burns itself, Chimaev took 119 significant shots.

Hence, the fight has affected the aura of invincibility that the Swedish fighter had around him. There were moments in the fight when it seemed as if Burns was moments away from knocking out Khamzat. However, the efforts from Durinho ultimately went in vain as The Borz managed to edge out a victory via judges’ decision.

Gilbert Burns appeared on an ESPN programming called ‘DC & RC’. During the show, Burns recalled the fight against Khamzat Chimaev and called the 27-year old beatable. Although he won a lot of money in bonuses, Burns is still upset about not being able to put Chimaev away.

“Feeling good brother, feeling good. You know (my) heart hurts a little bit. Because, for sure I’m thankful for all the things, everybody saying. But that fight was very winnable but I lost. Very winnable, got super close. But (I) got win bonus, got this, got that but I lost. That wasn’t the goal.”

“But I’m still happy with the performance. You know, putting on a show and showing everybody that the guy is not a superman. There is nothing crazy about this guy. He can get hurt and he got dropped a couple of times. But it is what it is.”

Gilbert is clearly bothered about the result of their fight. He even called out Chimaev for a 5 round fight. Burns wants to replace Colby Covington just in case the latter does not agree to fight the Khamzat on the upcoming ABC network fight card. Chimaev also seemed open to the option as he replied back positively.

Can Bronny James Realistically Make It to the NBA?