The Most Horrific Weight-Cuts of Khabib Nurmagomedov

Weight cutting has been one of the most grueling aspects in the UFC that have often left some of the biggest names in the sport extremely weary, including arguably the greatest mixed martial artist of all time Khabib Nurmagomedov.

The Eagle is widely regarded as the greatest lightweight to ever step foot inside the octagon and has a tally of three UFC lightweight title defenses tied to most by Frankie Edgar. Nurmargomedov spent most of his career dominating opponents through his wrestling, but the major problem that has halted his career several times was due to weight mismanagement.

The Dagestani fighter fell prey to ugly weight-cuts on multiple occasions. Let’s take a look at some of the most horrific weight-cuts in Nurmagomedov’s illustrious lightweight career. 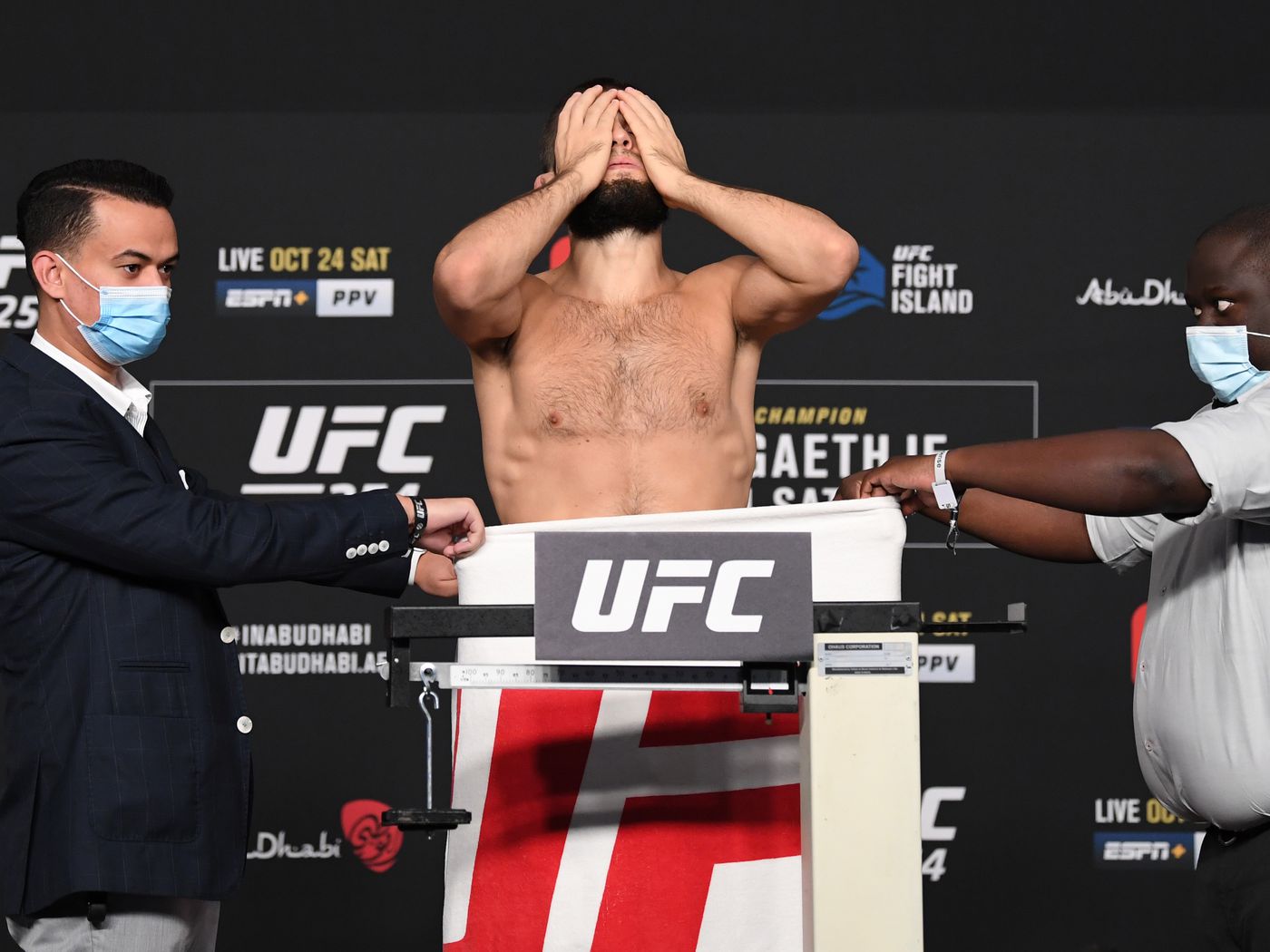 Nurmagomedov missed weight at UFC 260 against Abel Trujillo. The Dagestani fighter stepped on the scale 2.5 pounds over the lightweight limit. Khabib was given the option of taking two more hours to make weight or surrender 20% of his fight purse. He opted for the latter and fought Trujillo at catchweight. It was in this fight that the Eagle achieved the record for the most number of takedowns in a single fight with 21.

Nurmagoedov once again fell prey to a brutal weight cut at UFC 209. Nurmagomedov was scheduled to take on Tony Ferguson, however, he collapsed in his hotel lobby a day before the fight.

The Undefeated Dagestani also crumbled at the weigh-in scales for UFC 242 and was given a towel during an intense weigh-in. However, he managed to make weight (155lbs) for his second title defense against Dustin Poirier. Needless to say, eyebrows were raised once again as Nurmagomedov struggled to make weight.

Be that as it may, he performed exceptionally well on the night of the fight, winning via submission in their round to retain his lightweight championship. In the process, he also recorded his 28th straight win inside the octagon.

The ugly history of Khabib Nurmagomedov with weight-cuts

Nurmagomedov fell prey to an ugly cut in arguably the last fight of his MMA career back at UFC 254 against Justin Gaethje. Nurmagomedov once again steppe don the scale with the towel and looked visibly relieved after touching the scale. However, there was a lot of controversy surrounding the measurement, with many accusing the scale inspector of noting the weight as the trajectory as moving up.

Also Read: What is the Relationship Between Khabib Nurmagomedov and Islam Makhachev 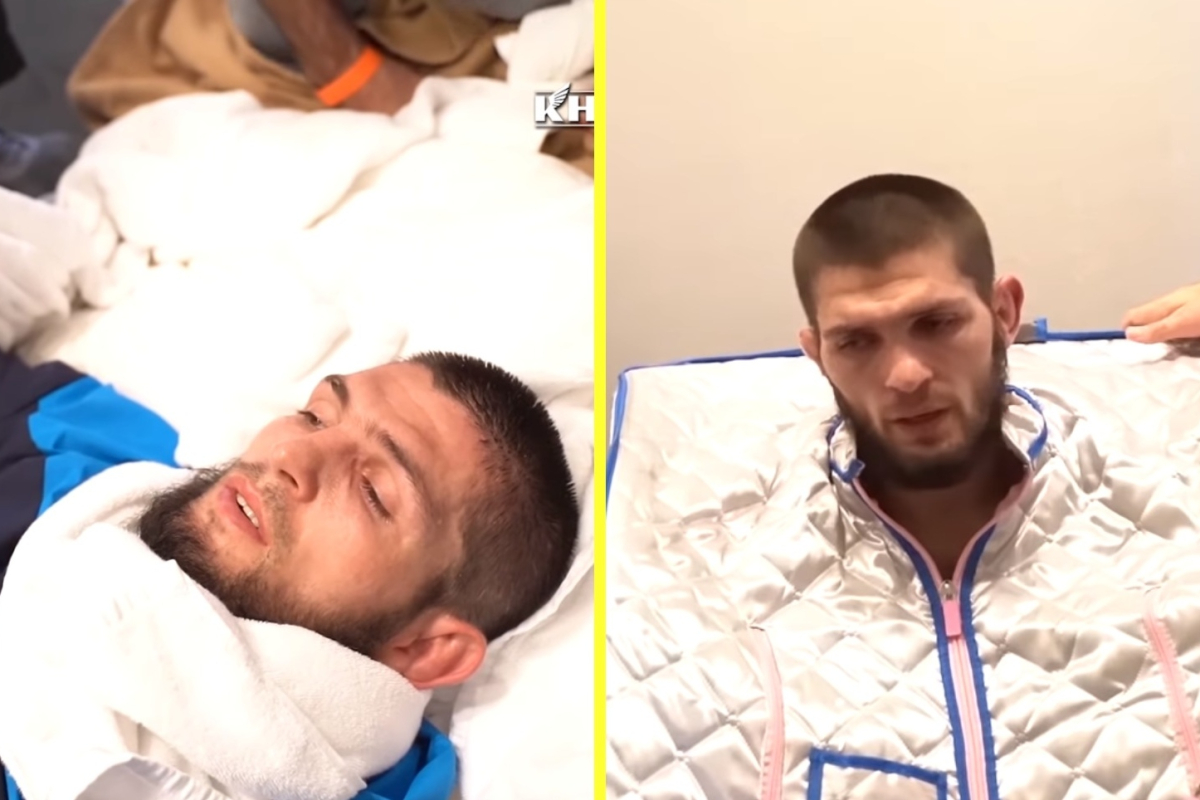 Long-time combat sports nutritionist Mike Dolce pointed out that whatever happened during the UFC 254 weigh-ins was “disturbing.” He further explained, “The beam is going in an upwards trajectory, and it has to balance. It’s going up. That means he’s heavy, and the official wipes it there as it’s still on its way up. It doesn’t bounce and doesn’t stabilize in the center. That’s not correct.”

Former dual champion and arch-nemesis Conor McGregor pointed this out when he claimed that Nurmagomedov announced his retirement from the sport because of weight cut issues. In a post on his social media platform, he said, “Remember folks, if you hate cutting weight so much, all you have to do is move up a division. God bless.” 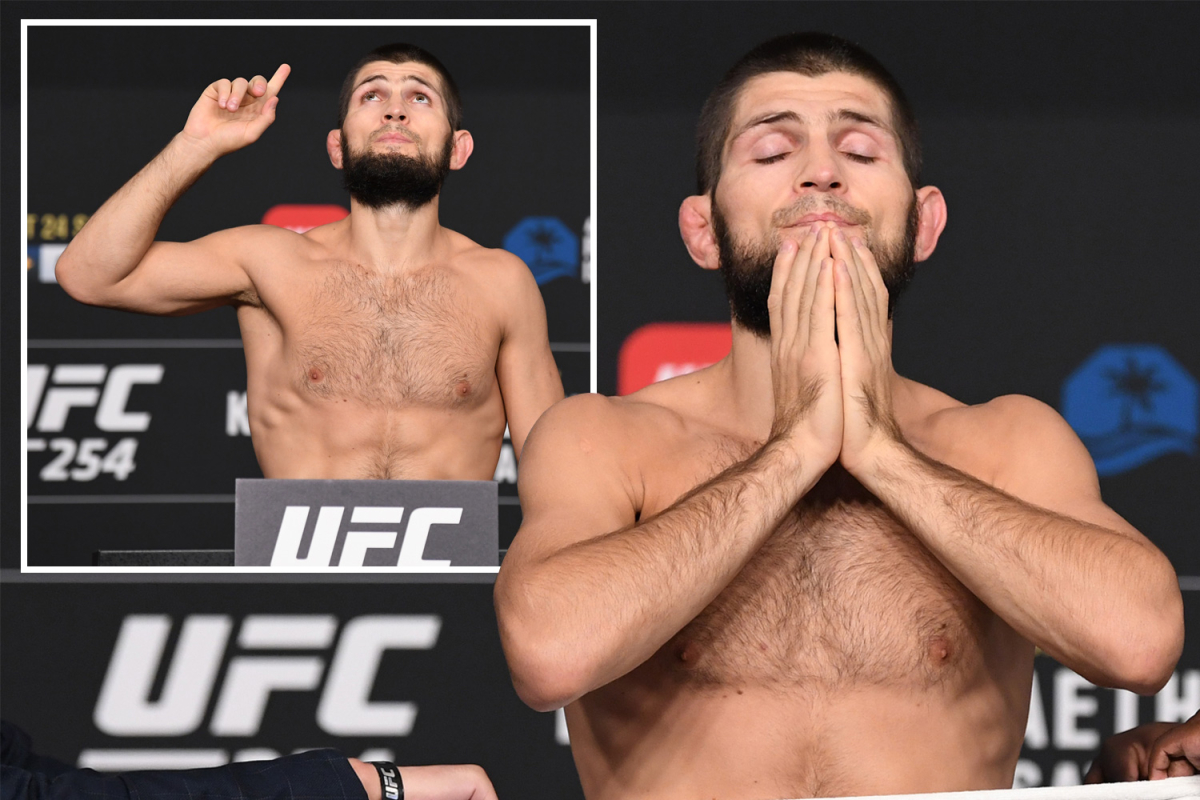 Nurmagomedov aimed to fight George St Pierre in a potential super-fight which also never came into fruition as Khabib would move to 170 pounds Welterweight division as he told RT sport:-

“I am a lightweight champion, and if there is an interesting option for me, I’d like it to materialize at lightweight. So, I’m not fighting St. Pierre at 170. No.”

Khabib has shown no interest in moving up a weight class. Having announced his retirement, it remains to be seen what lies ahead for the Dagestani fighter.

Also: The Mystery Behind the Wife of Khabib Nurmagomedov