Stipe Miocic is not ruling out the idea of Daniel Cormier’s return to the octagon. Daniel Cormier announced his retirement from the sport after suffering a unanimous decision loss to Stipe Miocic. Cormier suffered a TKO loss in his second fight against Miocic, after creating history by knocking out Miocic the first time around. With back to back losses, and losing probably the greatest fight in the heavyweight division, Cormier decided to shut the gates on his UFC return.

However, Stipe Miocic believes that Daniel Cormier could make his UFC return against Jon Jones because both the fighters have a “beef to squash.”

Stipe Miocic feels this will be different for Jon Jones against Daniel Cormier at the heavyweight division. While stating how his MMA career for the past few years has been about facing Daniel Cormier inside the octagon, Miocic opined that Cormier could make a return to the octagon to face Jon Jones.

Stipe Miocic on Daniel Cormier returning to the octagon

While talking about whether or not Daniel Cormier would make his comeback, or if UFC could set him up against Stipe Miocic once again, the current heavyweight Champion stated,

“They will hand him Jon Jones fight. There’s a beef to squash.” Miocic stated. The current Heavyweight Champion went on to say that the match-up would be a little different considering both the fighters will be competing at the heavyweight division.

Jon Jones and Daniel Cormier shared an ugly rivalry where Jones became the first fighter to beat Cormier inside the octagon. Jones continues with an equally brilliant performance in the rematch as he picked up a TKO win over Cormier. However, the fight was ruled a No-Content after Jones tested positive for a banned substance.

While Daniel Cormier has stated that he has officially retired from MMA, there’s a reason to believe that he could return for a huge payday against the greatest of all time Jon Jones. However, Cormier might not risk his legacy after back to back losses before his retirement. Additionally, Cormier is 42, and way above his prime. 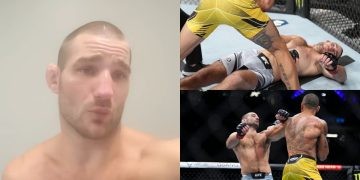 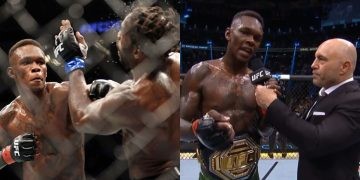