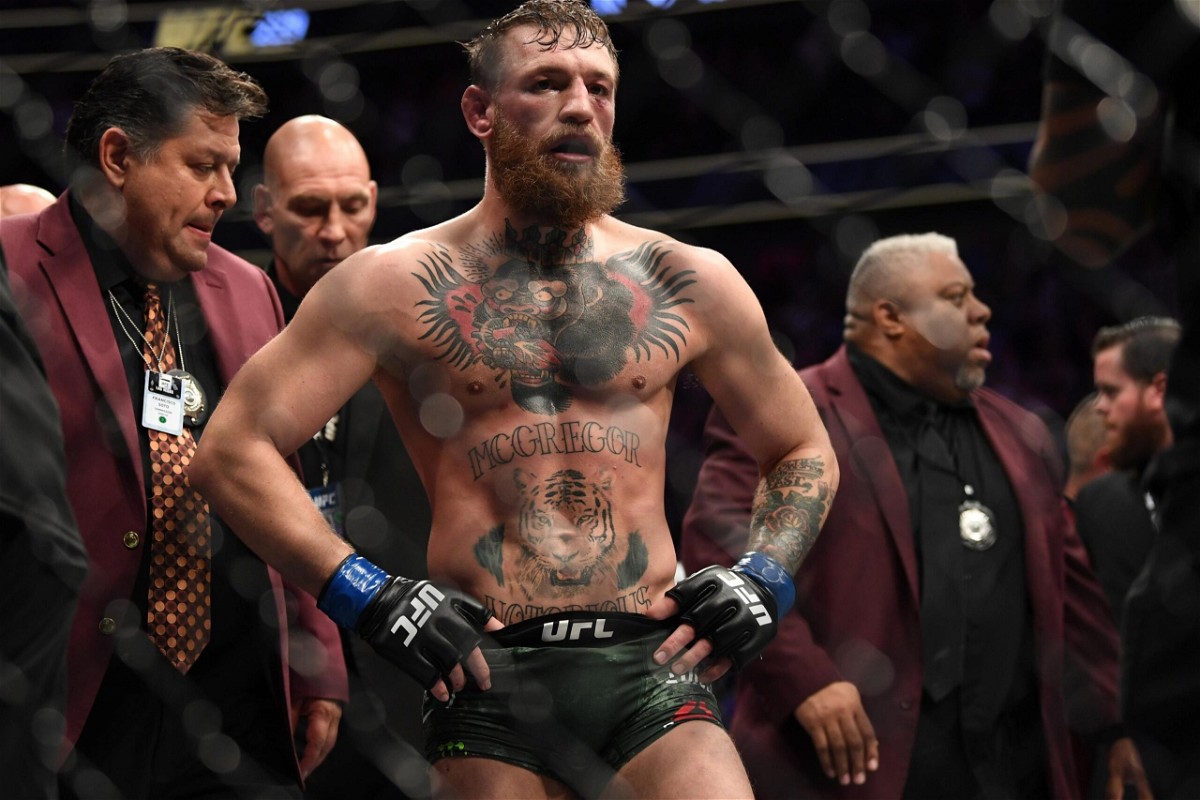 After almost a year-long hiatus, the biggest star of MMA, Conor McGregor makes his Octagon return at UFC 257. The former lightweight champion will take on his former foe Dustin Poirier in an exciting lightweight bout.

Though it is an exciting rematch and looking over Poirier is stupidity, it’s hard not to imagine a mega rematch between Khabib Nurmagomedov and Conor McGregor after UFC 257. There is a possibility that Dustin Poirier might come out victorious at UFC 257.

But, the majority of the fans believe that it’s going to be an easy night at the office for the Notorious One. Conor is motivated and focused to reclaim the lightweight throne and he wants to do it the old-fashioned way.

However, Conor McGregor is not the same fighter who faced Dustin Poirier in the featherweight division. Conor and Poirier had bad blood going into the first encounter at UFC 178. Conor trashed Poirier in the press conferences leading up to the fight and secured a KO win.

“Back then I was just doing my thing, rolling in, enjoying the experience. It was my first time fighting in Las Vegas. We were doing the press conference in MGM grand out in the open. So I was just taking it all in. I had a blue pinstripe suit that I love that I wore, I had my grandfather’s shoe. I remember we got a little bit rallied up. But he is a little bit mature now. I have respect for Dustin, I did then. But there are elements of games we share. It’s the fight business at the end of the day. He has his skills that he brings to the table. And I’ve mine. Let’s bring it. It’ll be a good bout. Similar with Donald, there will be blood spilled but it will not be bad blood.”

Conor McGregor tore through the featherweight division to win his first UFC title and he intends to do the same in the lightweight division. However, it’s easier said than done when the division is ruled by the unbeaten UFC lightweight champion, Khabib Nurmagomedov.

Khabib Nurmagomedov has announced retirement from MMA after his win over Justin Gaethje. However, both Dana White and fans are hopeful to see him back in the octagon one more time. When Conor McGregor was asked about the exit of Khabib Nurmagomedov from UFC, he criticized Khabib for the “coward” move.

The future of Khabib Nurmagomedov is still uncertain. But, if Conor McGregor goes out there and secures an impressive win over Dustin Poirier then it can be assured that Dana White will go beyond limits to get the rematch between Conor and Khabib done.