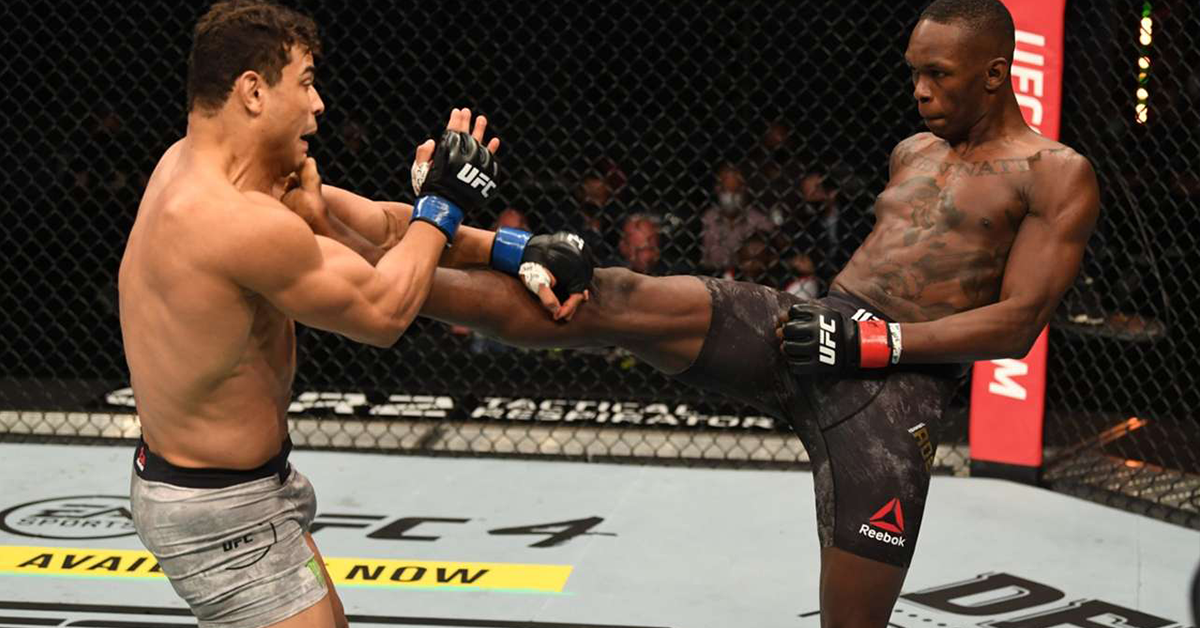 Israel Adesanya has risen to the top of the MMA world in a record time. Not less than three years ago, Adesanya was an elite level kickboxer who had made a name for himself for his impeccable outing inside the kickboxing ring. As things stand today, Adesanya isn’t just the UFC middleweight champion, but stands undefeated in his MMA career, with a successful title defense to his name.

While he retained his belt against, the fight did not pan out as fans would have expected. Many argued that Yoel Romero won the fight, while others criticized Adesanya for not initiating the action as the current champion. Be that as it may, Israel Adesanya looks at his next title defense as an opportunity to prove himself.

Paulo Costa poses a challenge like no other for the current champion. He is undefeated inside the octagon, and has four KO victories in five octagon appearances inside UFC. Costa’s last octagon appearance came at UFC 241, where he beat Yoel Romero in a Fight of the Night performance.

The coronavirus has brought the entire world to a halt, with major psorting events either being cancelled or pushed to a later date. While, UFC continues to hold back-door events, without any audience in attendance, it is also looking at moving to an Island so that international fighters can compete as well.

Israel Adesanya and Paulo Costa were scheduled to face each other at UFC 248, but the bout was called off, after Costa suffered an injury during training. Adesanya and Costa have gone back and forth on social media multiple times in the past. However, this time around, Adesanya wants to do most of the talking after he beat him inside the octagon.

“This is picture perfect. That’s why I love it. The way he looks, this juiced up monkey, evil Drago looking motherf****r. There’s a skinny boy coming in there to whoop his ass, and when he whoops his ass, the sh*t I’m going to do to him afterwards. Oh my god.”