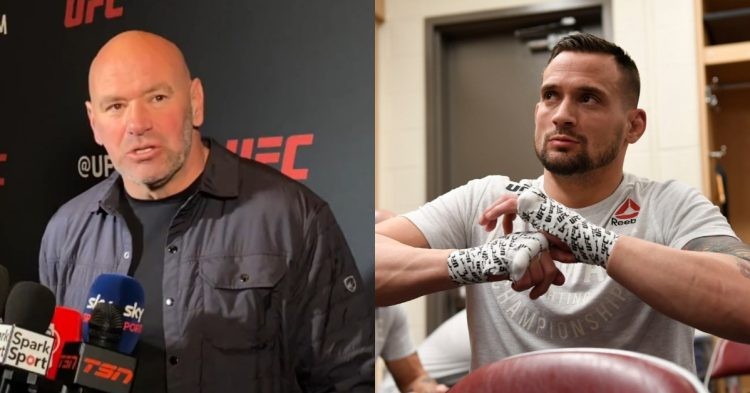 The Ultimate Fighting Championship (UFC) is about to hold a huge fight night card this weekend. UFC Orlando goes down on December 3rd in the Amway Center December 3rd. However, UFC President Dana White is dealing with a major controversy amid the excitement for the upcoming event.

Fans will remember that UFC recently removed James Krause from UFC Vegas 65 card. While there were rumors that the incident took place because of the betting controversy, it has now been confirmed. Reports suggested that James Krause’s fighter Darrick Minner was involved in a fight where authorities found some very suspicious betting activities.

Although UFC had banned its fighters and their associates from placing bets on fights, the incident involving Minner and Krause raised a lot of eyebrows. The company then released a statement and promised to conduct a thorough investigation into the betting incident. However, the promotion has recently banned James from the company.

Not only did the UFC ban James Krause, but they also stated that fighters who are involved with James, will not be allowed to fight if they do not sever ties with him. UFC has also released Darrick Minner from his contract. Krause has also lost his coaching license in the state of Nevada. He will remain in banishment until the culmination of the investigation.

Dana White breaks his silence on the betting irregularity issue

Immediately following the incident, UFC let the fans know that they are not doubting James Krause or Darrick Minner’s integrity, as there was no proof to think otherwise. MMA journalist Aaron Bronsteter caught up with UFC President Dana White recently and asked him about the issue. Dana White did not name any fighters, but he echoed the UFC statement.

Dana White on irregular betting activity in the Minner vs. Nuerdanbieke bout: “There’s absolutely zero proof that anybody that was involved bet on it.”

“This is one of those things, there’s absolutely zero proof that anybody that was involved, bet on it. So it’s just, there was some. you know, there was some signs out there that something was going on. But there’s absolutely no proof that anybody did anything wrong. And hopefully by seeing this again, and this investigation. it deters people from doing it, from betting on it.”

Although Dana White is not ready to blow the story out of proportion, it has already become a huge deal in the MMA world. Canada is a huge market for promotion and one of its biggest provinces, Ontario, has placed a prohibition on taking bets on UFC fights. Another location soon followed as Alberta has also placed a ban on accepting bets on UFC fights.

Actions such as this put a huge question mark on the integrity of the entire sport. But Dana maintains the position that incidents like this happen in every sport and it is not a concern. However, the 53-year-old also wants this incident to be a learning curve for fighters and coaches who were thinking of betting on fights despite the ban from the promotion.

What is your take on the whole issue? Let us know in the comments down below.