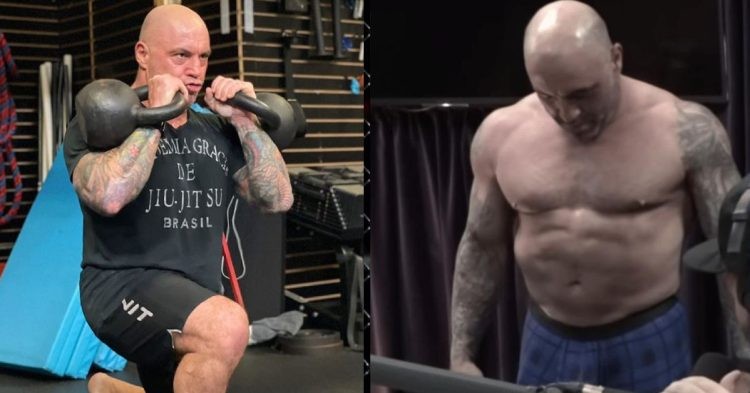 One of the most well-known podcasts on the internet is the Joe Rogan one. The audience is diverse in size and shape, and the majority of the lectures last for roughly three hours. The Joe Rogan Experience exposes its audience to a variety of various ideas and ways of thinking through interviews with celebrities, performers, scientists, sports, and people who simply have fascinating tales or interesting minds.

The Joe Rogan Experience has over 1,700 episodes and an average of 11 million listeners, making it one of the most well-known podcasts in the world. Spotify paid over $100 million on exclusive rights in 2020, demonstrating the company’s might.

This year’s iteration of Rogan’s annual Sober October challenge seems to be his favourite yet. The UFC colour commentator recently said on Instagram that he loved the challenge so much that he could think about doing it all year long.

He took to Instagram and stated, “I have to say that I’m really loving not having an option to not work out. There’s something freeing about it. The work has to be done. Period… I might keep this sh*t going all year round.”

Sober October is currently being followed by thousands around the world and serves as a way to educate people about the negative effects of drugs and liquor.

Joe Rogan details the past experience with Sober October Challenge

Rogan and his fellow comedians attempt to get as healthy as they can in a month of October. During the month, the group stays away from alcohol and drugs to give their bodies time to detoxify. They consider this month as the “Sober October” Challenge.

Rogan stood on the weigh-in scale at JRE episode #1405 in December 2019 to monitor his progress after taking part in the annual Sober October challenge.

He had been consuming too many unhealthy carbohydrates, which was why he was 10 pounds over his optimal weight at that time. The 55-year-old noted that during the Sober October challenge, he lost as little as 194 pounds which meant that during the month he lost 11lbs in the process since he was 205lbs when he commenced the month.

As part of the Sober October challenge, Joe Rogan gave up drinking, and his health has considerably improved since. This is why, it is only reasonable for him to commence again this year and rep the benefits of it.