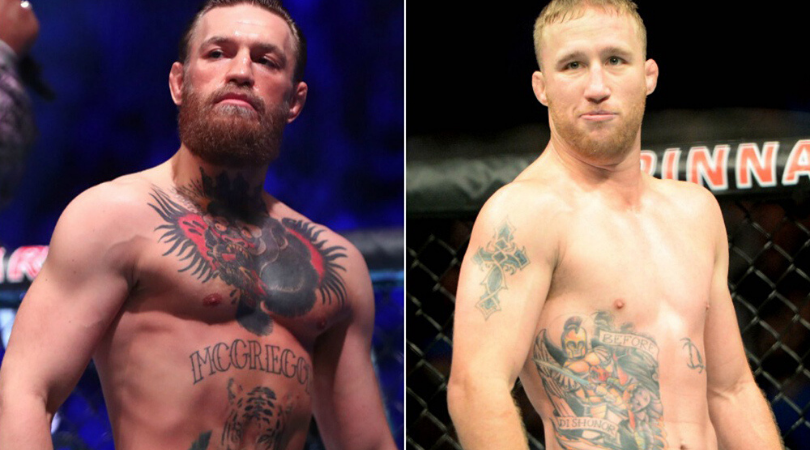 UFC #2 lightweight Justin Gaethje sat down with Brett Okamoto of ESPN to talk about his next move, the UFC lightweight division, and UFC 257. But most notably, The Highlight talked about how much he loved Conor McGregor getting knocked out last weekend. Let’s have a look at what Gaethje’s got to say about McGregor’s KO loss to Poirier:

“But, for him [McGregor] to come out and say he want a title shot next to rematch vs. Poirier, and his coach, they’re fucking idiots. He’s been chosen special over and over and over again and he didn’t capitalize on this opportunity. You know that event was for him, that event was for him to win. And he wants to be Mr. Humble now but you know he would’ve been an asshole if he had won that fight.”

“So, I don’t feel bad for him, I am happy for Poirier and I am happy Poirier went there. It is a job. Finished him. I loved seeing a loud-mouthed kid getting knocked out. There’s nothing that makes me happier. You know, seeing a piece of sh*t gets put down, that was great. I loved it.”

Also read: Why is Floyd Mayweather vs Logan Paul Postponed?

In 2020, Justin Gaethje had called out Conor McGregor accusing him to pass on the opportunity to fight him many times. The feud became more serious when McGregor insulted Gaethje threatening to butcher him. After McGregor called Gaethje’s loss to Khabib an embarrassing one, The Highlight was quick to issue a challenge to the winner of McGregor vs. Poirier for the vacant 155lb belt. Now, he has again seen thrashing The Notorious.

The Highlight Is Coming After A Loss To Khabib Nurmagomedov

The Highlight last fought in UFC 254 where he went tot-to-toe against the champion Khabib Nurmagomedov. After impressively defeating Tony Ferguson in UFC 249 as a replacement fighter, he got that title shot. But, unfortunately he fell short to the undefeated Nurmagomedov who won the fight in the 2nd round by submission.

It is yet unclear when Justin will fight again. But him and Conor facing each other in the octagon can be one of the biggest headliners in 2021. Since Dana White has said that the earliest the fight can take place is on July, the fans might get to see another spectacular bout in the 155lb division between 2 great fighters in their prime.

Let’s know who do you think will win in a match between The Highlight and The Notorious.