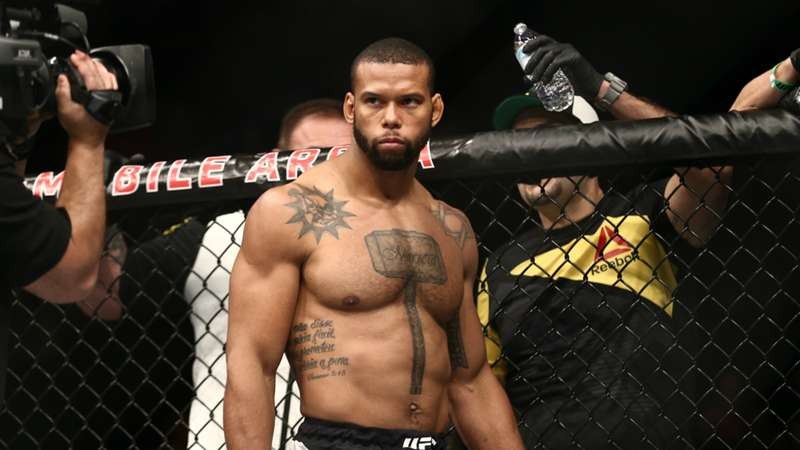 However, “Marreta” has been the main event of multiple UFC Fight Night cards and PPVs. Since he has been one of the top fighters in the division, fight fans must be curious about the UFC fight purse of Anthony Smith.

Thiago Paved his way to UFC via TUF: Brazil and faced  Cezar Ferreira his UFC debut in the year 2013. But, he failed to win over Cezar and suffered a loss via submission. Santos earned a total of $18,000 from this fight at UFC 163. Which included sponsorship of $10,000.

After failing to make an impactful debut in UFC, Santos got his first win in UFC over Ronny Markes at UFC Fight Night: Shogun vs Henderson. After the fight, Santos earned a total of $27,600. It included a base salary of $9,600, a win bonus of $8,000, and sponsorship money of $10,000 and $1,600 from the opponent for missing weight.

Thiago Santos failed to continue his winning momentum as he lost his next fight against Uriah Hall at UFC 175. For this fight, Santos earned a total of $25,000.

Thiago got his first major fight purse in his fight against Steve Bosse at UFC Fight Night: Machida vs Romero. Thiago earned a total of $97,000 that included $50,000 for the performance of the night bonus.

Marreta then went on two wins two more consecutive fights against Elias Theodorou and Nate Marquardt. He earned $43,000 and $49,000 respectively for both fights.

Santos bounced back in 2017 winning all three fights he fought that year. His winning streak started with defeating Jack Marshman at UFC Fight Night: Lewis vs Browne. He won a bonus of $50,000 for Performance of the Night making his overall earning $117,000.

Thiago continued the winning streak by defeating Gerald Meerschaert and Jack Hermansson in the next two fights. For his win against Meerschaert, Santos earned a total of $78,000 and for the win over Hermansson, he earned $90,000. Both the fights had $10,000 for sponsorship.

After defeating Smith the fighter went on to lose against David Branch and win against Kevin Holland. Where he earned $58,000 and $106,000 respectively. Santos then moved up a weight class to light heavyweight.

His first fight in the light heavyweight division was against Eryk Anders. Moreover, it was his first main event fight scheduled at UFC Fight Night: Santos vs Anders. Marreta won that fight and grabbed a total of $164,000. Which included a performance bonus of $50,000.

Marreta’s next fight was against Jimi Manuwa at UFC 231. Where he again won the fight along with a performance bonus. He earned a total of $172,000 from that fight. Santos’s journey at the light heavyweight division was going great as he then defeated the current champion Jan Błachowicz at UFC Fight Night: Blachowicz vs Santos. He grabbed $180,000 from that fight, and also won a performance bonus.

Finally, winning three fights via KO in the division gave him the title shot against Jon Jones. Santos lost his chance to win the title at UFC 239. He lost the fight via a split decision.  However, the fight was a great success for him from a financial point of view. As it was his biggest payday at UFC. Thiago went back home with $380,000. 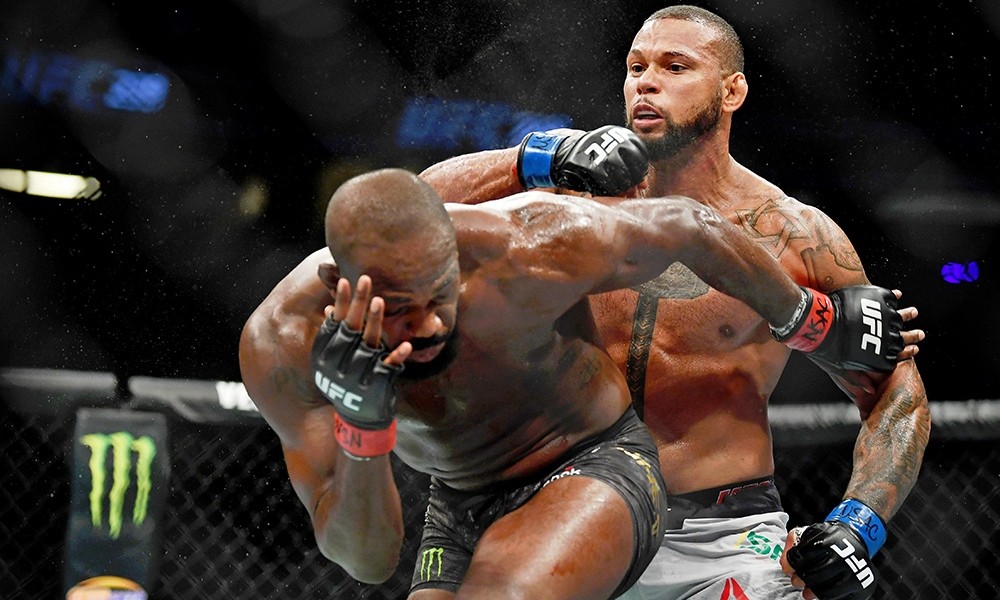 Since this loss, Santos’ run in the division has changed drastically as he lost his next two fights against Glover Teixeira and Aleksandar Rakic. Where the fighter earned $95,000 and $100,000 respectively. However, this loss made his win against Blachowicz the last victory he had. So, If Marreta wins his next fight he might get a shot at the title again.