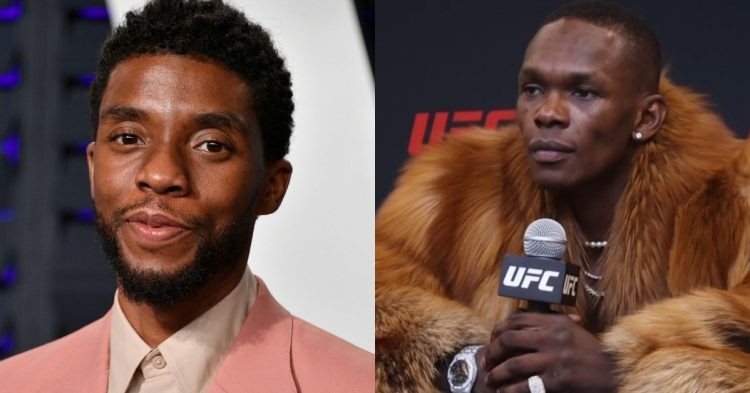 Israel Adesanya is no longer the UFC middleweight champion. He fell short against Alex Pereira for the third time in his career. Although he won 3 out of the 4 rounds before the last round, Pereira knocked out Izzy in round 5 and became the new 185lbs king! So what does Adesanya have to say about the loss?

Often fighters do not show up for post-fight press conferences after a KO loss. However, Adesanya faced the journalists after the first stoppage loss of his MMA career. Usually, Adesanya has an aura of confidence about him. But he did not have any snarky comments during the presser, as he was extremely humble after the loss to Alex.

Adesanya is often the subject of mockery in the world of Mixed Martial Arts (MMA). Even before the recently concluded PPV, fans made fun of the Kiwi for painting his nails. Former 185lbs title contender Paulo Costa recently reminded Adesanya of his gynecomastia prior to his title defense at UFC 253.

It looks like all the trolling had an impact on him and he shared his honest thoughts on the matter. He even referenced Chadwick Boseman’s tragic passing to prove that fan abuse is often misguided

“People always make fun of me about you know my chest and other things. But they don’t know what I’m doing or what I’m going through in life. But I just keep everything in the back burner. So I just got somethings to fix first, and yeah, I’ll be back” (h/t via sandhumma)

The Last Stylebender also admitted recently that he had an emotional breakdown after fans criticized him for his pragmatic performance against Jared Cannonier at UFC 276. Fighters often put up a veneer of toughness in the face of adversity.

However, there are moments when fans get a glimpse of how they deal with emotions. Adesanya spoke from his heart at the post-fight presser and it takes a lot of courage to do so. Although he did not use it as an excuse, it looks like Adesanya had some lingering health issues ahead of the bout.

What really happened in Israel Adesanya vs Alex Pereira at UFC 281?

Fans thought Alex Pereira will force Israel Adesanya to be more active in the Octagon. They were right as Adesanya was more aggressive against Alex than in his previous fights. Adesanya also came close to winning the fight in the first round when a big punch from Izzy rocked Alex badly. However, luck favored Poatan as there was no time left for Adesanya to follow up.

After 4 rounds of domination, the former kickboxing champ realized that he will have to knock out Israel to win the fight. Alex Pereira then turned back the clock and repeated what he accomplished in 2017. Pereira’s trademark left hook connected with Izzy’s chin and hurt him badly. Although he tried to recover, Alex made sure that the ref had no choice but to stop the fight. However, Adesanya protested the stoppage afterward.

Did you have the opportunity to watch the bout between Israel Adesanya and Alex Pereira? If you did, what are your thoughts on it? Let us know in the comments down below.