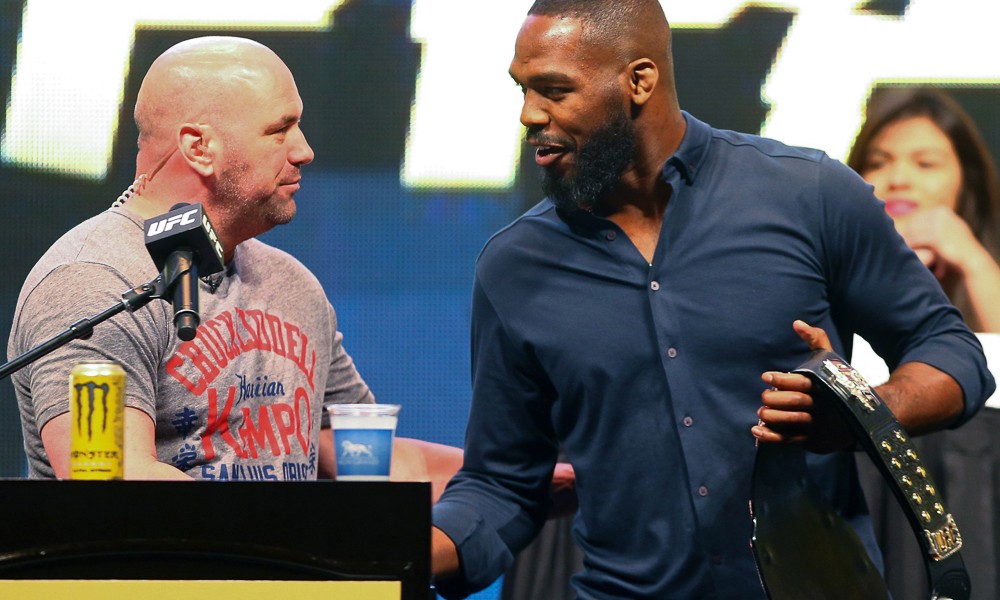 UFC president Dana White shared his views regarding  Jones’ recent altercation with the Law. This Friday Jon Jones got arrested in Las Vegas and faced charges of domestic violence,  physically hurting, and damaging with a vehicle. Today,  Jones is scheduled for his court appearance.

The former UFC Light Heavyweight Champion was in Las Vegas for the UFC Hall of Fame ceremony. He was inducted for his UFC 165 fight with Alexander Gustafsson.

While talking to the media, Dana White said ” It’s hard to bring him to Las Vegas for any reason, this city is not good for Jon Jones“. Mr. White believes Las Vegas is bad for Jones, and why not? he certainly has a bad record at Vegas.

Dana also said that it’s not even shocking for him that something like this happened. He explained, “When we bring him here it’s almost expected. You can’t even get him to Las Vegas for less than 12 hours to induct him into the Hall of Fame. It’s a problem“.

Jon Jones has a history of  getting arrested:

It seems like Dana is tired of Jones’ outrageous activities throughout his career. This is not the first time Bones is having any legal problems. He was arrested in March 2020 on charges of aggravated DWI, He fired a gun while under the influence of alcohol and had no proof of insurance either. Consequently, Jones was found guilty and served four days of house arrest, one year of supervised probation, 48 hours of community service, and 90 days of outpatient therapy.


In May 2012, Jones drove his car into a pole in New York as he was drunk. Bones was arrested for driving under the influence. But, the fighter immediately got bailed out by his mother Camille. However, He accepted the charges and paid a $1000 fine. This incident made his driver’s license suspended for six months back then.

He was also involved in the 2015 hit-and-run case. Unfortunately, one of the victims of the hit was a pregnant woman. In the end, Jones turned himself in and thus received a sentence of 18 months along with community service. This incident forced UFC to strip Jones from his Light Heavyweight title.

Valentina Shevchenko Fight Purse: How Much Has “The Bullet” Earned In Her UFC Career?