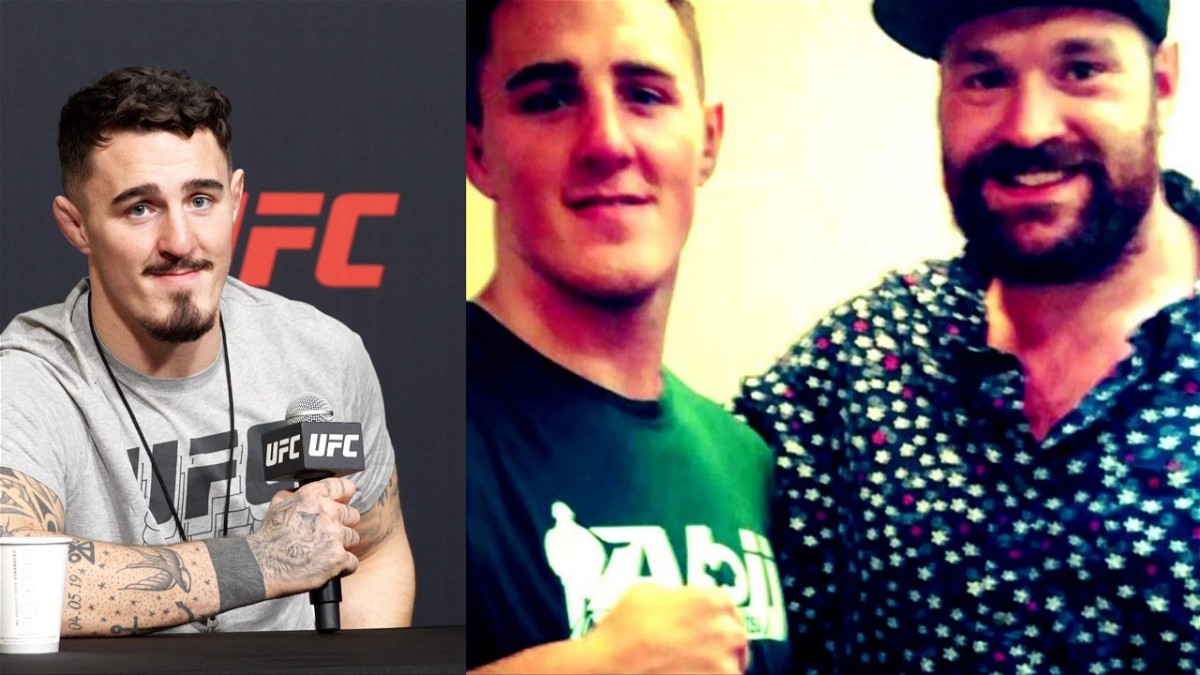 UFC heavyweight fighter Tom Aspinall gives Tyson Fury a lot of credit for helping him climb up the ranks of the division.

Tom Aspinall will headline the big UFC London card this weekend. The first UFC main event of his career will come against the no. 6 ranked heavyweight Alexander Volkov. It will also feature other prominent UK stars such as Paddy Pimblett and Arnold Allen.

Aspinall has had a very rapid rise towards the top of the division. Despite his current ranking (no. 11) the Manchester native already has a win over a former UFC heavyweight champion Andrei Arlovski. However, that is the only submission he has in the organization.

Coming in hot! We’ve got some big British talent on win streaks heading into #UFCLondon

Out of his 4 fights, Tom had 3 wins via KO/TKO. The extent of his domination is evident by the amount of time he has spent in the Octagon so far. The 28-year old stopped Sergey Spivak, Alan Baudot and Jake Collier within only 4 minutes and 50 seconds. It establishes his threat as a striker and Tom thanks Tyson Fury for it.

Tom Aspinall: ‘My outlook changed after training with Tyson Fury’

Ahead of his fight on Saturday, Tom Aspinall spoke to UFC about how training with the world champion boxer has improved his technical abilities.

But more than that, he credited Tyson Fury and his team for not taking the training too seriously as it drains down a fighter soon. Talking about the experience, Aspinall added,

“I trained at Team Fury for, I think altogether right 18 months, 2 years every day. And that experience was just a fantastic experience. Before I trained there, I was always like, I mean I was in my 20s then. So I’d take it a little bit too serious,”

Training with Team Fury has helped Tom Aspinall rise up the HW division ????

He detailed how Fury was never too intense about his training sessions. The ‘Gypsy king’ is known for his sense of humour and Aspinall still holds on to lessons he learned from hanging out with someone of Tyson Fury’s stature.

“My outlook on the sport changed a lot with being around someone like Tyson Fury. Who’s like at the top of his game. My outlook kinda changed big time.”

While Tom Aspinall is on the rise in MMA, his mentor Tyson Fury is heading towards retirement. During the presser for his upcoming fight against Dillian Whyte, he revealed that it would be his final walkout for a fight and he will retire at the top of his game.