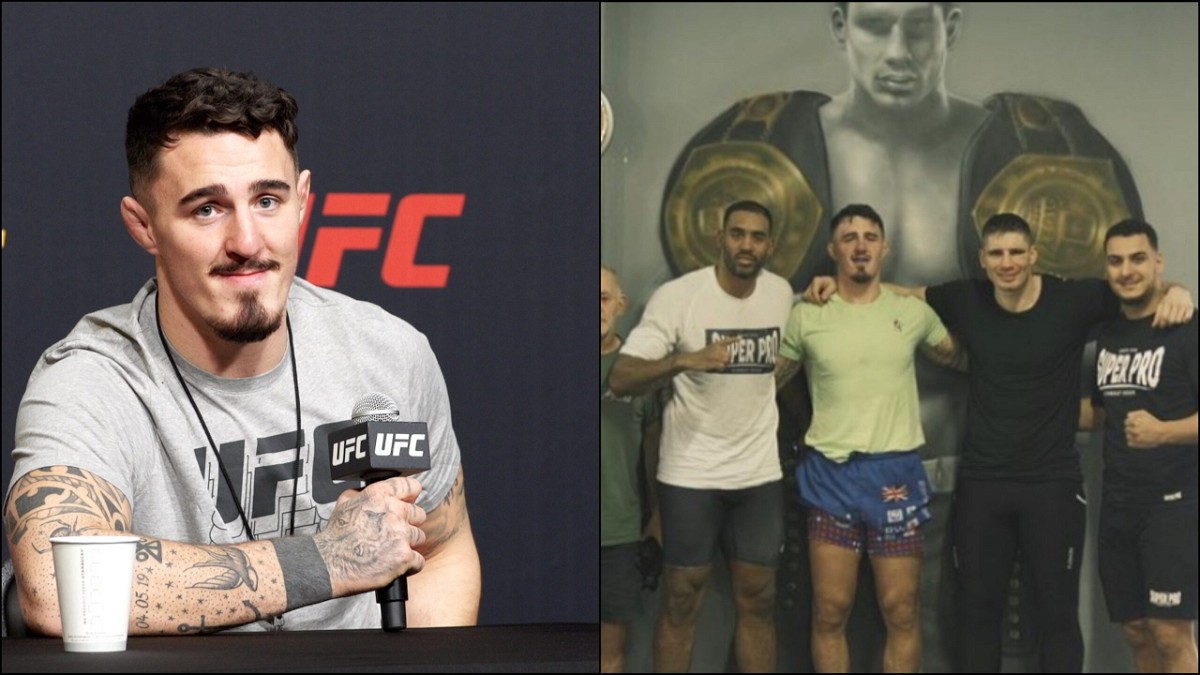 UFC Fight Night London is just a couple of days away and the hometown fighter will headline the card. Ahead of the fight this Saturday, Tom Aspinall has discussed his time in the Netherlands.

Aspinall’s opponent this Saturday is Alexander Volkov. Volkov has a style that mimics Kickboxing. He doesn’t really utilize wrestling or Jiu-Jitsu during bouts. The Russian mainly stays on his feet and picks his opponents apart with heavy leg kicks.

Hence, preparing for a fighter like that takes a special environment. Volkov is 6’7 in height and has a devastating amount of power. A fighting style similar to his is very rarely found in Mixed Martial Arts (MMA).

Tom Aspinall speaks about his Kickboxing training in the Netherlands

The Netherlands has been the hub of heavyweight Kickboxing for years. Fighters such as Rico Verhoeven, Alistair Overeem and Badr Hari have all trained in the country for a significant period of time and all of them have been world champions.

Hence, training there with a world champion such as Rico will certainly benefit Tom in the fight this Saturday and the experience was in his words, was ‘invaluable.’ During an interview with BT Sport, he said,

“Obviously I’m not a Kickboxer, I’m an MMA fighter so. Jumping at the deep-end with two guys and the coach Dennis who is phenomenal as well. Absolute invaluable experience.”

“I felt like I learned so much in such a short space of time. When I went over there, they literally set the whole week up to work around me. Which is unbelievable!”

“Like no. 1 with Rico and no. 3 with Benny in the world. Just like Working to basically what I wanted to do which was to spar in the morning and do technique in the afternoon.”

Tom Aspinall is currently just outside the top 10 in the heavyweight division. He has the opportunity to jump the line a move closer to the top 5. Hence, a win this Saturday will be very significant for Tom at this point in his career.