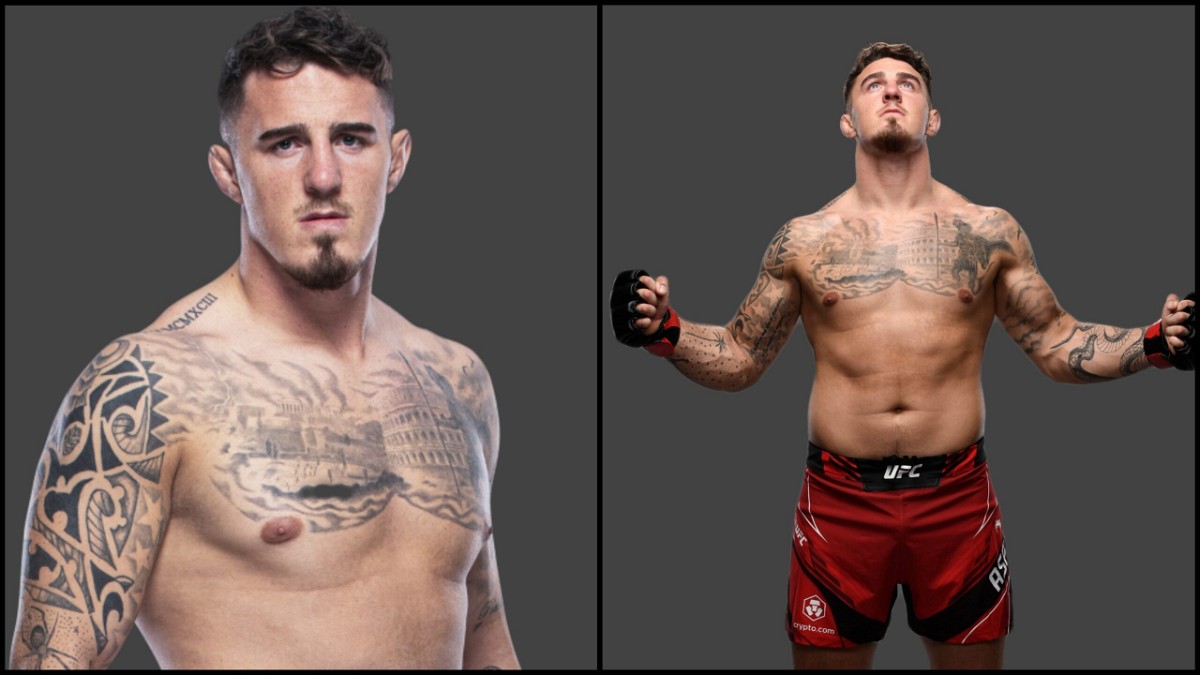 UFC roster is filled with fighters who have tattoos to die for. From Conor McGregor‘s chest tattoo to Brock Lesnar’s back tattoo, fighters have always chosen tattoos that have some significance to them. Tom Aspinall is no different either.

He has quite a few tattoos on him. Tom has covered both of his sleeves with various tattoos. He also has a massive tattoo that illustrates an ancient scenario on his chest. It has a knight/gladiator and a has a structure that resembles a Roman coliseum.

On one of his sleeves, Tom’s tattoo evokes the art that can be seen on a lot of the Samoan fighters. His tattoos have evolved with time as the 28-year old has kept on adding new arts to his body. Aspinall recently got a new tattoo on his hand of a snake chasing after its prey. He also seems to have a serial number tattooed on his neck.

Tom Aspinall: Background and the journey to the UFC

Tom Aspinall is set to headline the first UFC event of his career this Saturday. The biggest Mixed Martial Arts (MMA) promotion in the world will finally return to the O2 Arena in a matter of hours.

He will fight Alexander Volkov who is an elite heavyweight fighter. Volkov has always hovered around the title discussions for years now. Beating the Russian will certainly validate the claims of Aspinall’s elite status.

However, reaching this point was not an easy task for the English fighter. Although England has produced gems like Michael Bisping and Darren Till, the heavyweight division hasn’t really had a British presence.

Tom Aspinall came into the UFC after a brief stint in the Cage Warriors. However, he almost quit MMA before it. Tom had a lot of financial issues as he was starting a family. Hence, he wanted to look for a job to provide for his family.

Tom Aspinall is ready for his main event debut ????

But, Tom Aspinall’s dad, who is a Jiu-Jitsu practitioner, talked him out of the move and pushed him to chase his dream instead. It definitely turned out for the best as he is on the cusp of breaking through into the Top 5 with a win on Saturday.

England has a lot of world-class heavyweight boxers such as Anthony Joshua and Aspinall’s friend Tyson Fury himself. Tom may be the best hope for England to have a UFC heavyweight champion at the moment. And the domination of the Russian on Saturday will go a long way in building the road towards the goal.