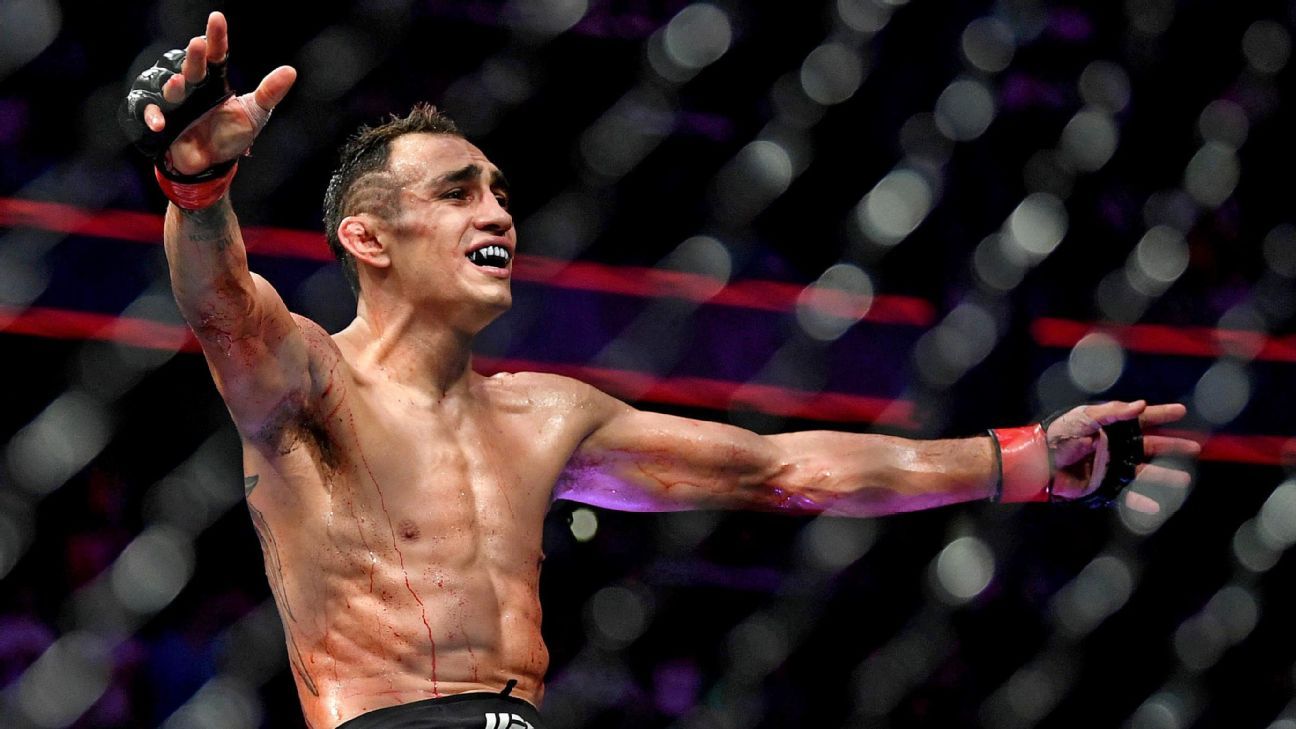 Tony Ferguson is currently on a hiatus from fighting. His last fight came against Beneil Dariush on the UFC 262 card. Tony Ferguson unexpectedly lost the fight. The 37-year-old was flat and seemed toothless during the fight.

Tony is known for his ultra-aggressive style of fighting. His pace often brings down his opponents as they can not match the cardio Tony has. As a matter of fact, Tony has not looked like himself in the last 3 fights. He is currently on a 3-fight losing skid.

The first of which came against Justin Gaethje at UFC 249. Gaethje and Ferguson fought for the interim lightweight title. Ferguson won a similar fixture against Kevin Lee at UFC 216. 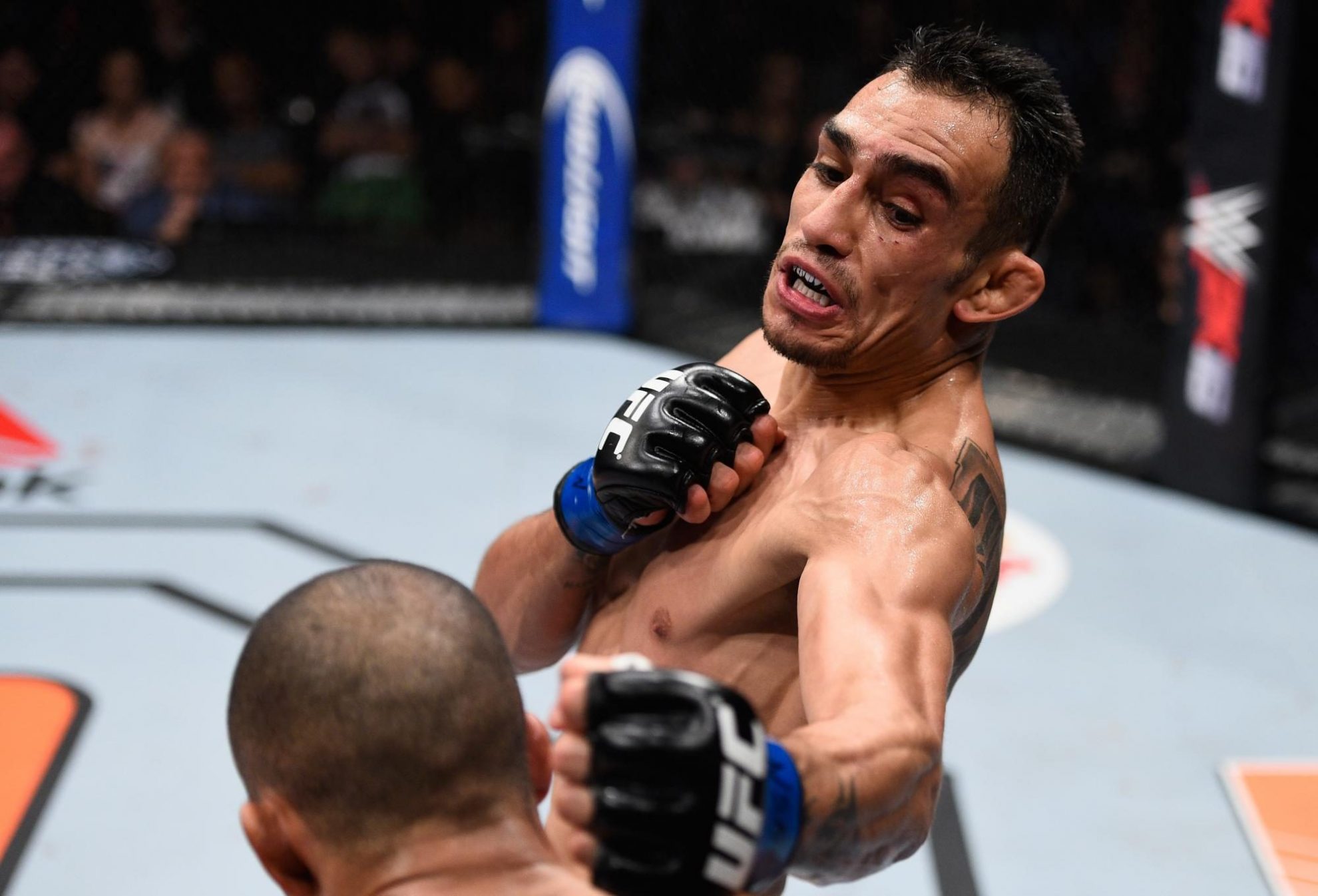 But history did not repeat itself. Tony Ferguson was thoroughly beaten by Justin Gaethje. Although Justin got caught with an uppercut at the end of the second round, Tony was unable to capitalise on it as the round ended. His second loss in a row came against Charles Oliveira in 256.

Charles Oliveira almost broke Tony Ferguson’s arm in that fight. But in an incredible show of heart, El Cucuy did not tap and amazingly rolled himself out of the position. But that was not enough as Oliveira pieced him up from the outside and out-pointed Ferguson.

Tony Ferguson refuses to tap somehow to that extremely sunk in armbar from Oliveira #UFC256 pic.twitter.com/Axl7uWAlDC

Possible Next Opponents for Tony Ferguson

Tony Ferguson is currently ranked 7th in the much-talked about lightweight division. Despite his 3-fight losing streak, it is not hard for the UFC to find a match-up for the fighter. The name Tony Ferguson carries a lot of weight in the world of mixed martial arts, and below are the few options for the UFC to put up against the 37-year old.

The first option for Tony Ferguson is the most obvious one. Conor McGregor could be the ideal comeback fight for El Cucuy. McGregor himself is on a two-fight losing streak. Both of those fights were against Dustin Poirier. Conor broke his shin bone in the last fight. Hence, the only obstacle the fight faces is the rehabilitation of Conor McGregor. Once he is fit, the fight makes sense for both of them as a comeback fight. Nate Diaz has one fight left on his contract. Diaz is not the most active fighter in the UFC. He last fought Leon Edwards on UFC 263. The two were rumoured to fight a long time ago. But it makes more sense now for the two fighters to be matched up. Both fighters have a high-octane, action-oriented style. Their acclaimed credentials on the ground make the fight a must-see if the UFC decides to pull the trigger on it.

Can Khamzat Chimaev be next for Tony?

Conor McGregor and Nate Diaz are the most obvious choices for the UFC. Other fighters such as Michael Chandler and Dan Hooker could also be in consideration. However, a certain fighter named Khamzat Chimaev has shown interest in taking on Ferguson.

Although accepting a fight against Khamzat Chimaev will be ill-advised for Tony Ferguson at this point in his career, the build-up to the fight will be an entertaining one. The pair had some back and forth yesterday. 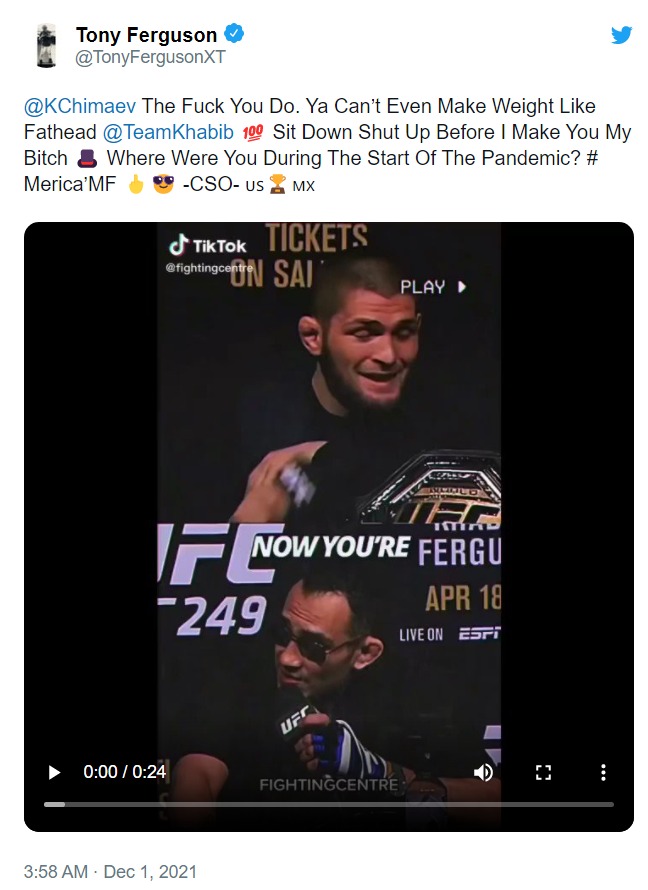 Chimaev will go into the fight as a massive favourite, but Tony will certainly be a live dog in that fight. Khamzat is yet to experience adversity in the octagon. Hence, there are question marks about his cardio. Who is more equipped to expose a fighter with bad stamina than Tony Ferguson?