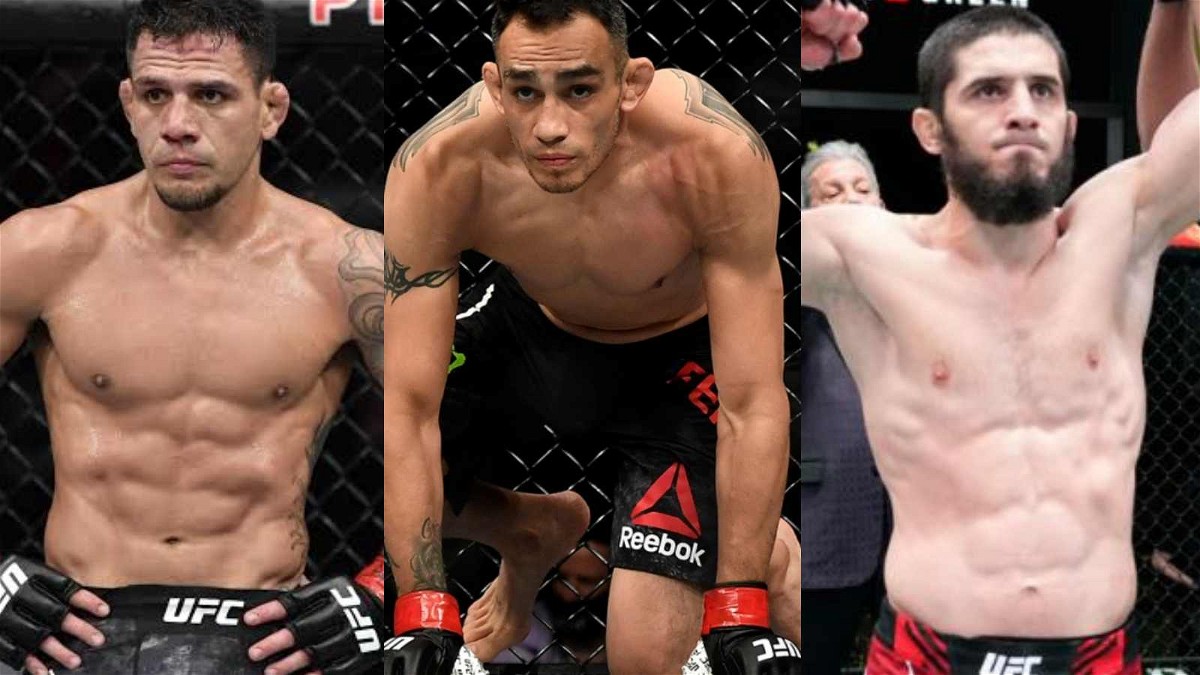 Tony Ferguson reveals that he was offered the Rafael Dos Anjos fight after Fiziev pulled out of the fight amid Covid 19 issues.  Rafael Fiziev was scheduled to fight Rafael Dos Anjos at UFC 272 co-main event. However, Fiziev got sick due to Covid 19 and withdrew from the fight. Hence, the UFC had to find a replacement for him.

Now Tony Ferguson is claiming that he was offered the fight and is ready to step in for the event this Saturday. Tony put out a tweet on his official Twitter account about the same.

There are also a few other fighters who have shown interest to fight against Dos Anjos. This includes fighters like Islam Makhachev and Renato Moicano.

Tony Ferguson reveals he was ready to fight Islam Makhachev at UFC Vegas 49 on short notice:

Apart from being ready to fight Rafael Dos Anjos, Tony Ferguson also claimed in the tweet that he accepted the offer of fighting Islam Makhachev as well on short notice. Ferguson wrote:

Interestingly, before fighting Bobby Green at UFC Vegas 49 Makhachev stated that both Tony and Rafael Dos Anjos refused to fight him on short notice.

“They ask RDA, Tony and Gillespie. They all say no… I don’t want to say they’re scared or something like that. Because this is just one week before the fight. But I always have the same problem finding someone.”

But, Ferguson is now claiming that he accepted the UFC Vegas 49 fight. It is quite tough to find out who is lying or maybe there is some miscommunication. Ferguson is currently on a three-fight losing streak in which he has lost to Dustin Poirier, Charles Oliveira,  and Beneil Dariush.

His last fight was back in UFC 262 against Dariush and Ferguson hasn’t returned to the octagon since then. However, now it seems like the CSO is ready to take on his next opponent as he tweeted:

UFC offered Tony to fight Makhachev during UFC 267 on short notice. However, Islam revealed that Tony didn’t respond then so they had to go with Dan. However, now the chances of Tony fighting Islam looks smaller. But, it would be interesting to see who will fight Rafael Dos Anjos at UFC 272 co-main event.