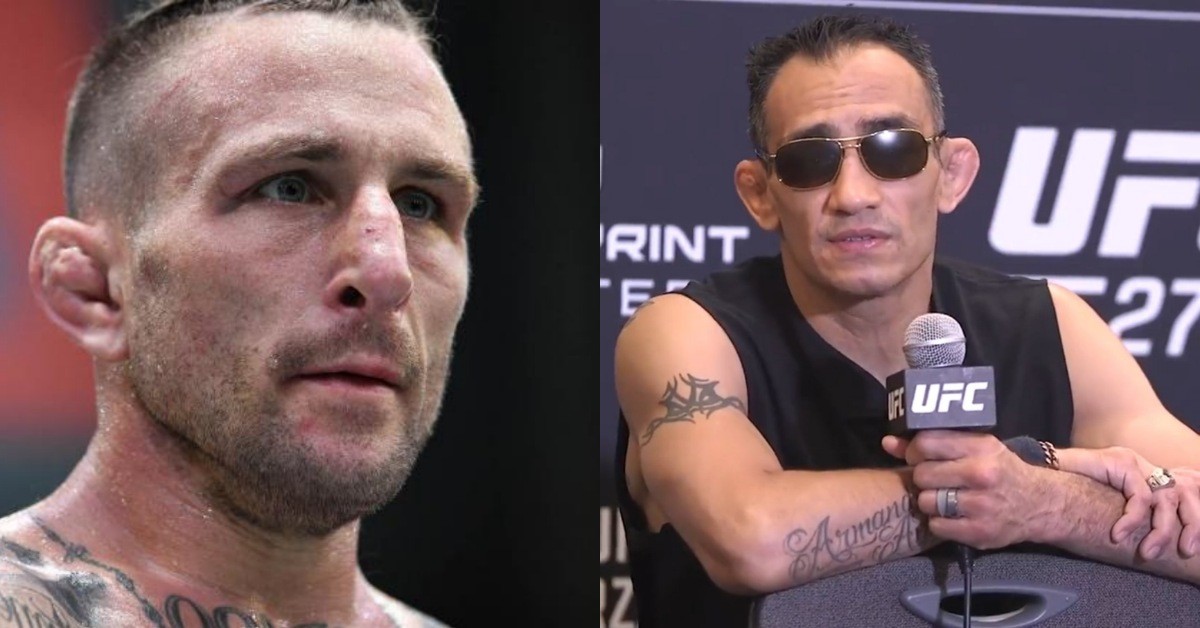 Tony Ferguson responds to Gregor Gillespie after the latter accuses of him turning down a fight between them. In a long Twitter thread, Gillespie named multiple big-name fighters who apparently refused to fight him despite several offers from the UFC.

The news came out yesterday, that Gregor Gillespie was removed from the UFC rankings. It sparked speculation about whether the company has decided to cut him or not. Putting an end to the discussion right away, Gillespie tweeted that he is still under the contract with the UFC. He also gave an explanation for why he has not fought in over a year.

I am patiently waiting for a fight that will get me closer to a title. Since @TonyFergusonXT turned me down 100x last year, and @MikeChandlerMMA didn’t seem interested, and since RDA just turned down a fight against me (WHICH I ACCEPTED), I guess @beneildariush will have to do.

According to Gillespie, Tony Ferguson did not show any interest in fighting him. He also named Michael Chandler and Rafael Dos Anjos among the fighters who turned him down. Gregor ultimately called out Beneil Dariush for a fight next. The 35-year-old wants to be in contests that will have title implications. Dariush is ranked no. 6 in the division. Hence, Gregor’s interest in the bout certainly makes a lot of sense.

But it did not impress Tony who responded to Gillespie on Twitter. Completely dismissing Gregor’s claims, Ferguson stated that he did not turn down any meaningful bout in his entire career. He also advised the unranked fighter to work his way to the top instead of waiting around for big fights. Tony wrote,

STFU🖕😎Casual, Don’t Say No To Fights & Definitely Don’t Avoid Any 1 That Deserves My Attention 💯 Eure Talkin’ Giberish🫢Gillespie 📉 U Want Something Done Ya’Gotta For Work It Like Every One Else. Ewe Need To Clean🧼Up 😵‍💫 Quit’chur Whinin’ & Get To Work- Champ 🥇 -CSO- 🇺🇸🏆🇲🇽 pic.twitter.com/ukE2mO1jm9

Who will Gregor Gillespie fight next?

With all the chatter around his inactivity, it does seem like Gregor Gillespie is finally ready to come back. But he will not have any top-ranked opponents lining up to fight him. So the question is, who is a realistic opponent for Gillespie on his return to the Octagon?

The lightweight division is in kind of a bizarre spot right now. The division has no champion and it is not clear who may fight for the belt next. Although it is confirmed that Charles Oliveira will be one half of the next title bout, there is no word on who he may face. Hence, all the top-ranked 155lbs fighters are gunning for the spot. That leaves Gillespie in a tough spot.

He will definitely have to take on an unranked fighter, or someone who is outside the Top 10. There are up and comers like Arman Tsarukyan and Brad Riddle who are ranked 12th and 15th respectively. Dan Hooker is also present at no. 13.

Who do you think Gregor Gillespie will fight next? Do you think he will walk into a big fight right away? Or he will have to work his way up the rankings? Let us know your take on the matter in the comments down below!