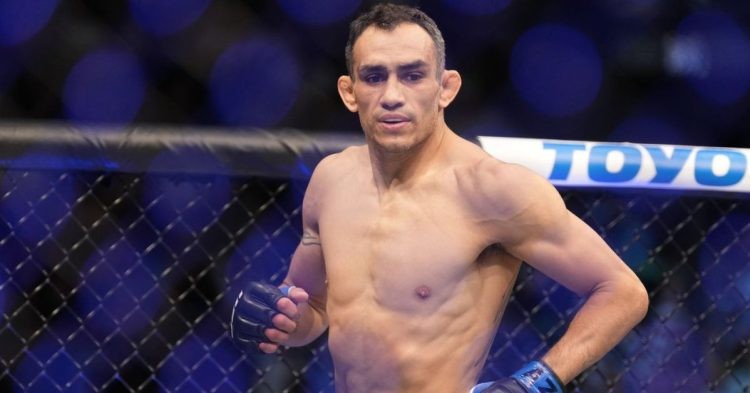 Tony Ferguson came into the UFC as a Welterweight fighter during his succesfull stint at The Ultimate Fighter. Tony Ferguson went on to win the Ultimate Fighter 13 with a brutal KO win over Ramsey Nijem. However, Ferguson made his UFC debut at the lightweight division against Aaron Riley. Since then, Ferguson has competed at the lightweight division, picking up yet another stoppage victory to announce his arrival at the UFC’s coveted 155 pounds division.

Earlier today, Ferguson appeared alongside ESPN journalist Ariel Helwani where he shared his thoughts on his MMA career going forward.

“I got [welterweight] and I’ve got the frame to go up to [middleweight],” Ferguson said. “I like to go out there and compete. Everybody forgets that I used to knock everybody out at 170.”

How will Ferguson fare at the Welterweight division

Tony Ferguson is a lean fighter for a lightweight if we look Khabib Nurmagomedov and Justin Gaethje. Interestingly enough, McGregor, whose ultimate aim is to compete at the Lightweight division has also bulked up considerably considering the number of wrestlers at the division. The UFC’s Welterweight division is dominated by seasoned grapplers in the form of Welterweight Champion Kamaru Usman, former interim Champion Colby Covington, Tyron Woodley, among others.

However, Tony Ferguson’s submission game gives him a slight edge and makes many want to believe that he will fare well at the 170 pound division should he decides to make the jump. However, his claim of competing at the Middleweight division seems outrageously hilarious. Regardless, there have been ocassions when fighters have gone up multiple weight classes. BJ Penn has competed at multiple divisions, with Conor McGregor having a stoppage win at the Welterweight division despite starting as a featherweight during his initial years in the UFC.

Tony Ferguson is currently looking at his title shot against the winner of Justin Gaethje vs Khabib Nurmagomedov which is scheduled to take place at UFC 254. However, Ferguson stated that he is not waiting around, and has a lot of interesting options ahead.