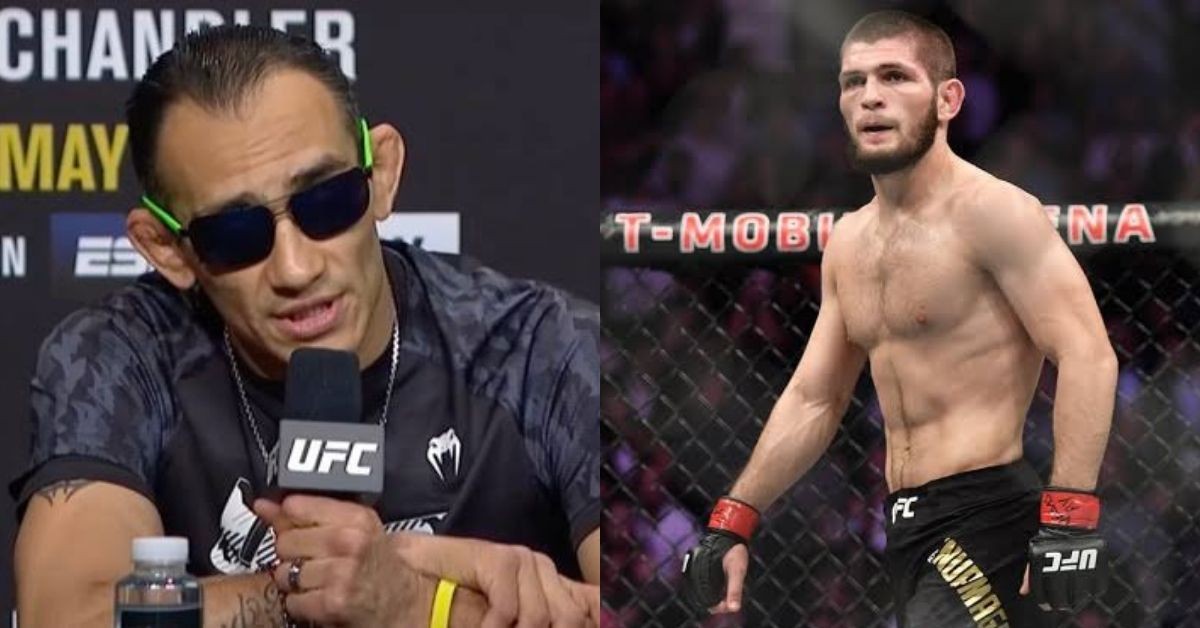 Tony Ferguson suffered a horrific knockout defeat against Michael Chandler in his last fight that took place at UFC 274. Following this loss, El Cucuy is on his longest win drought in the UFC since his debut in 2011.

Interestingly, despite his current struggles in the promotion, Ferguson wants to compete against Khabib inside the octagon for his next bout. The former interim champion believes that there is unfinished business with him and has proposed a fight as the coaches at The Ultimate Fighter.

While having a conversation with Ariel Helwani at the MMA hour, El Cucuy surprisingly expressed his wish to squash the beef with Khabib.

“I believe that when his dad said that we were supposed to compete. I believe that. I would love to be able to coach against him on The Ultimate Fighter. How about that? Best man wins on the team. I guarantee my coaching is a lot better than yours, Khabib. It doesn’t matter what game we play. It would be cool to go out there, shake the dude’s hand and squash some beef there.”

Regardless of Tony’s proposal of squashing the beef with a fight and the wishes of numerous fans around the world, the possibility of Khabib coming out of retirement to face Ferguson is highly unlikely due to the promise to his mother.

The rivalry between Tony Ferguson and Khabib Nurmagomedov

Tony Ferguson vs Khabib Nurmagomedov was a dream matchup that every fight fan and critic wanted to witness. Subsequently, the matchmakers scheduled this fight five times. However, due to one unfortunate reason or another, we could not witness these two lightweight stalwarts clash against each other.

Their rivalry first started in 2015 as they were scheduled to face in the TUF Finale. Khabib was on a sensational six-fight win streak in the UFC. Similarly, Tony was on a brilliant run of his own. It is needless to say that fight fans were excited for this matchup as two big prospects were going to clash against each other. Unfortunately, the bout had to be scrapped after Khabib suffered a frightening rib injury. 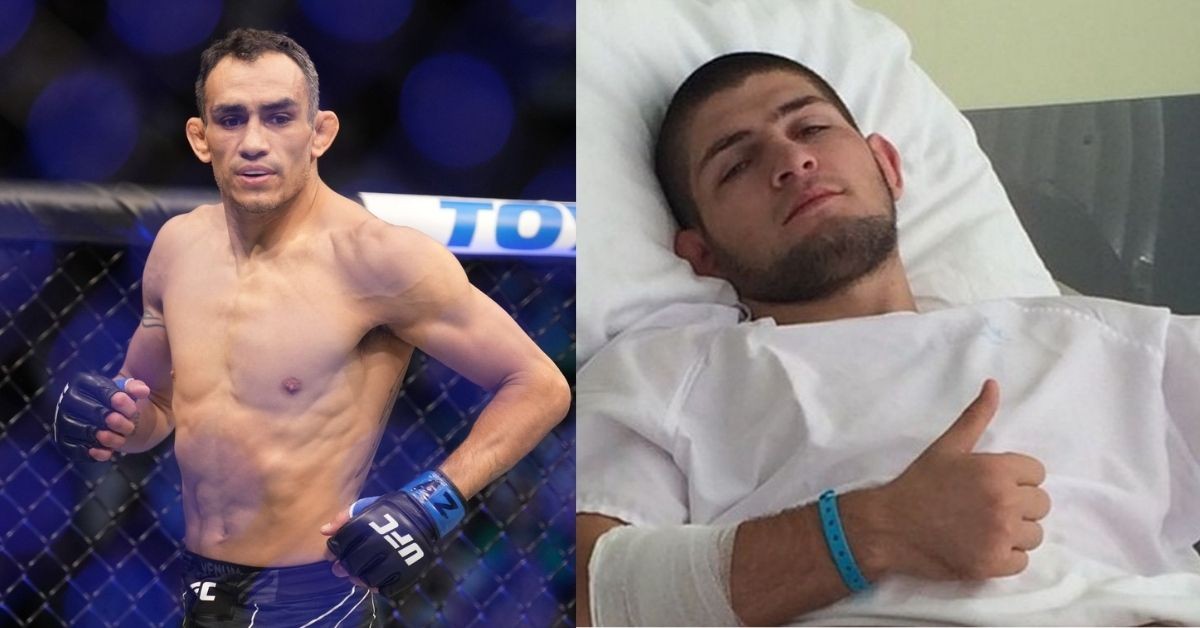 Four months later, Tony Ferguson and Khabib Nurmagomedov were about to clash once again at the UFC on Fox 19 in 2016. But this time around El Cucuy had to pull out just eleven days before the fight due to a lung issue.

Usually I can Power thru small Bumps & Bruises. Doc Said I have Fluid/Blood in my Lung #UFCTampa I Will Heal Up. I Will be Back.#TeamElCucuy

Thereafter Khabib and Tony faced Michael Johnson and RDA respectively and defeated them convincingly which set up an interim title fight at UFC 209. However, fight fans were left disappointed as Khabib had to withdraw after facing the harsh effects of the weight cut.

Consequently, the UFC replaced the Russian lightweight with Kevin Lee. Ferguson went on to dominate Lee and submitted him to win the interim lightweight belt at UFC 209 in 2017. It looked as if the matchup between Tony and Khabib was imminent in 2018 as the promotion had to crown the undisputed lightweight champion. 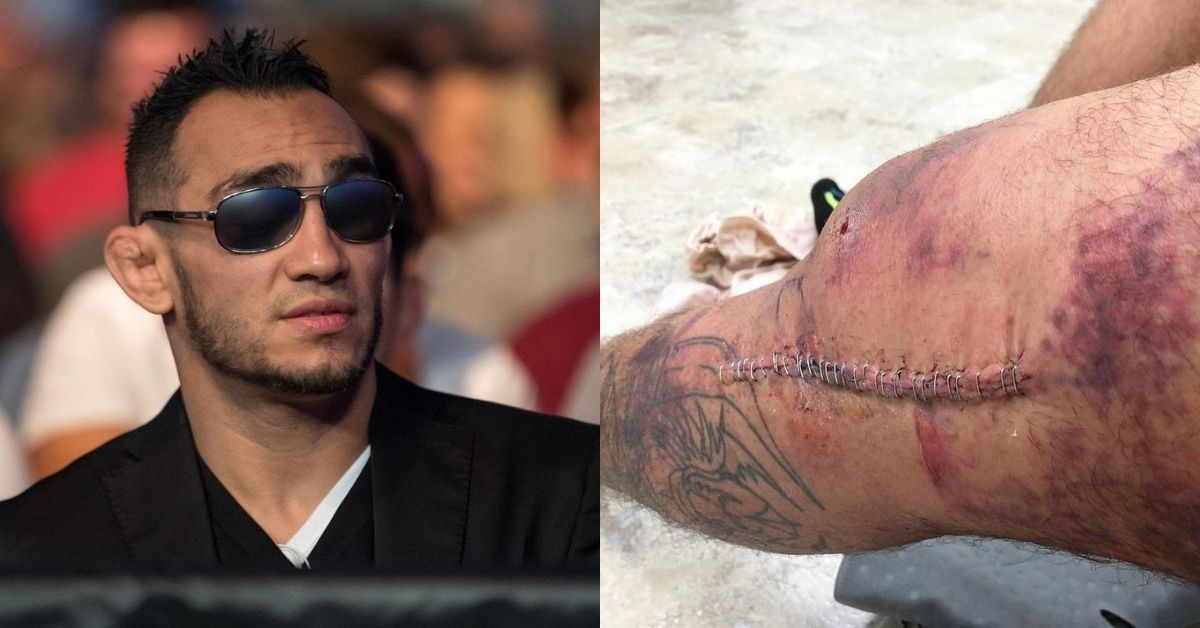 But to the despair of many, the bout was cancelled for the fourth time as Tony Ferguson suffered a ridiculous knee injury. The promotion replaced El Cucuy with Max Holloway who backed out at the last moment and then Al Laquinta stepped in and took on Khabib for the lightweight gold at UFC 223.

In this bout, Khabib ruthlessly dominated Al and defeated him via unanimous decision to win the undisputed lightweight belt. Following the cancellation for the fourth time, fans were dying to see the Khabib vs Tony fight. And the wishes of fight fans around the world almost came true in 2020 as the organisation booked a title fight at UFC 249.

The promotion had to cancel this bout for a record-breaking fifth time. Because The Eagle decided to pull out from the fight because he was not ready to travel amid the coronavirus pandemic. It was a shame to see this matchup not taking place as these two lightweight competing in their prime would have been a treat to the eyes of fans around the world.
Tags: Khabib NurmagomedovTony Ferguson
Previous Post