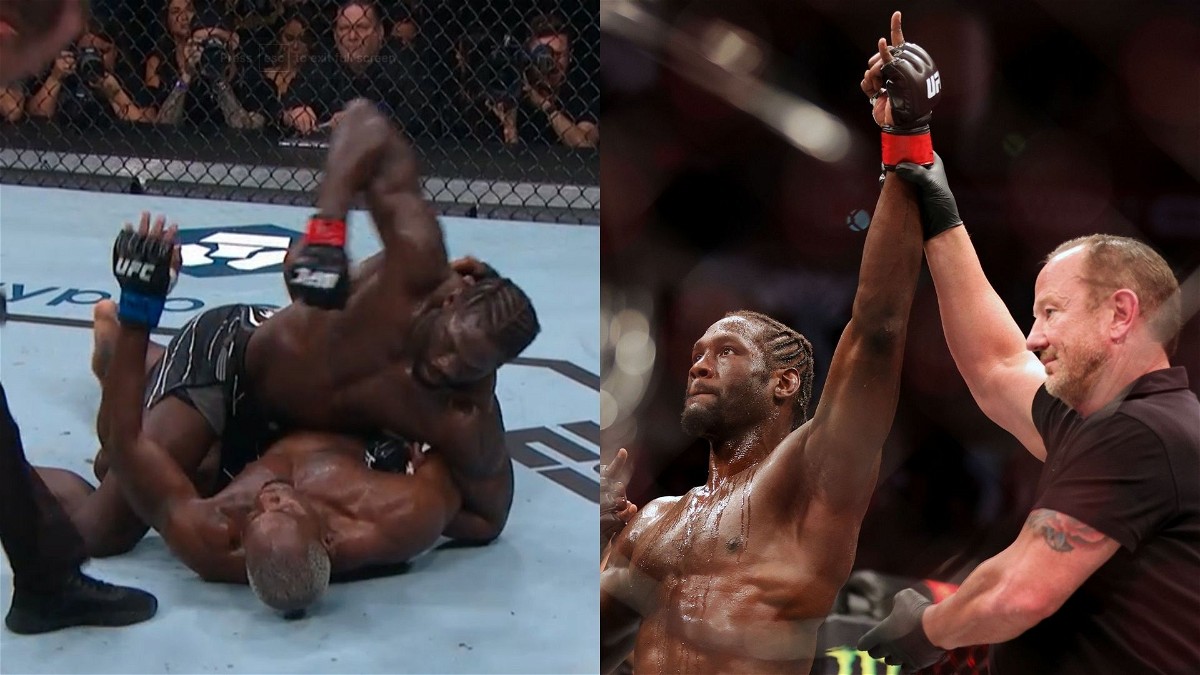 Jared Cannonier and Derek Brunson squared off inside the Octagon on the main card at UFC 271 in Houston, Texas. It was a banger of a performance from both the fighters. After everything was said and done, it was Cannonier who emerged victorious with a vicious stoppage win. Needless to say, with the win, Cannonier has now cemented his position as the #1 contender for the UFC’s Middleweight Championship.

Jared Cannonier wobbled Derek Brunson in the second half of the second round with a vicious elbow. A confused, dazed, and wobbly Derek Brunson struggled to stand on his feet, as Cannonier unloaded vicious strikes on Brunson. It was only a matter of time before Brunson went down, with Cannonier finishing the fight with brutal ground and pound. With the victory, Cannonier is now on a two-fight winning streak with wins over Kelvin Gastelum and Derek Brunson.

Jared Cannonier had some VICIOUS elbows, that’s how you get a title shot, what a comeback #UFC271
pic.twitter.com/xlX2M75s6z

Derek Brunson’s corner threw in the towel even before the referee had called the fight. While Brunson may have lost, the win did not come easy to Jared Cannonier, who was almost about to be stopped in the first round. Brunson started strong in the first round, getting a couple of takedowns in the very first round.

Jared Cannonier was just saved by the bell! ????#UFC272 pic.twitter.com/NVWKZlUC8h

However, it was the right hook at the end of the first round that dropped Cannonier. Brunson followed it up with a rear-naked choke, with Cannonnier surviving because of the watch.

Is Jared Cannonier next for the UFC Middleweight Championship?

An emotionally charged Jared Cannonier called out for a title opportunity in the post-fight Octagon interview. “Dana, I want that shot next,” Cannonier announced.

Cannonier has been incredible ever since moving down to the UFC’s middleweight division. Cannonier’s last loss came against former champion Robert Whittaker and is currently on a two-fight winning streak. Needless to say, with a win over Derek Brunson, who has been on an absolute tear guarantees Cannonier a shot at the title belt.

UFC 271 Walkout Songs: List of Songs Israel Adesanya, Robert Whittaker, and Derrick Lewis Used for Their Walk-in to the Octagon