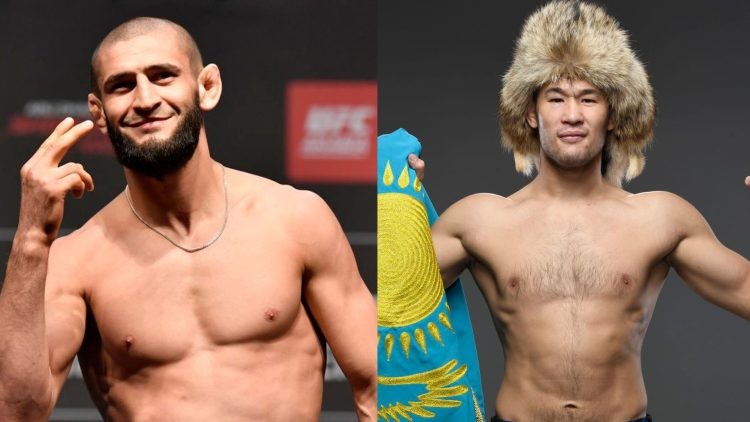 Comparisons between Shavkat Rakhmonov and Khamzat Chimaev are being made after the former’s incredible performance at UFC Fight Night. He took on Neil Magny in a three-round welterweight clash. The Kazakh fighter dominated the entirety of the fight, while it lasted and ended up securing a second-round submission victory.

Extending his MMA record to 16-0 following his recent victory, Shavkat Rakhmonov has made sure to let everyone know that he’s a real problem. What makes his MMA record even more fascinating is the fact that he has finished all 16 of his fights.

Following his win over Neil Magny, Shavkat Rakhmonov has received praise from all around with many people even drawing comparisons between him and Khamzat Chimaev. Take a look at some of the reactions below:

Imagine what Chimaev would of done with Magny 🫣

EVERY 170 NEEDS TO FEAR SHAVKAT pic.twitter.com/EfgcYwJwS0

Shavkat Rakhmonov & Khamzat Chimaev are on a collision course to get to the UFC welterweight title. #UFCVegas57 pic.twitter.com/KTL0a3cGK1

Khamzat Chimaev vs. Shavkat Rakhmonov for the UFC welterweight title next year is going to be fucking awesome. #UFCVegas57

Both Khamzat Chimaev and Shavkat Rokhmonov have proven to be too much to handle for everybody they’ve faced so far in their career and if they continue on the same path, a clash between the two is inevitable. It will be interesting to see who wins their bout, if and when they enter the octagon.

Khamzat Chimaev has been on quite a run ever since making his UFC debut nearly two years ago. The undefeated fighter was most recently in action against Gilbert Burns. In a bout that proved to be his toughest test so far, Chimaev was able to keep his composure and eventually get a decision victory over the former title challenger.

There has been continuous speculation regarding his next fight in the UFC and while fighting Colby Covington would make the most sense, Chimaev has his eyes set on a different opponent.’Borz’ recently called out “skinny boy” Nate Diaz for a fight in August.

However, there haven’t been any developments since the callout. Moreover, it is worth noting that Nate Diaz has only one fight left in his UFC contract and it remains to be seen as to who he fights in his final fight under the UFC.