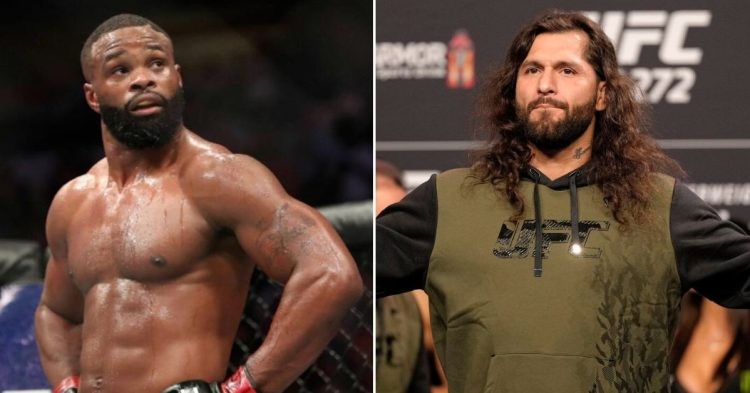 Tyron Woodley is set to return to the octagon against former interim Champion Colby Covington in the main event of UFC Fight Night. Woodley is coming off a unanimous decision loss against Gilbert Burns, while Covington will make his much-anticipated return to the octagon after suffering a 5th round TKO loss against Kamaru Usman at UFC 245 for the UFC Welterweight Championship.

Both Tyron Woodley and Colby Covington have trained with each other in the past and are well aware of each other’s abilities inside the octagon. Colby Covington was once scheduled to take on Tyron Woodley for the UFC Welterweight Championship, however, due to unforeseen circumstances, Kamaru Usman took on Woodley for the Welterweight gold. It has been several years since both the fighters have been teasing a fight. Now that the fight is official, the feud picked up more heat after Tyron Woodley and Jorge Masvidal were seen training together.

Earlier, Jorge Masvidal and Tyron Woodley trained together with Gamebred putting the video on his social media handle with the caption, “The enemy of my enemy is my friend.”

"The enemy of my enemy is my friend." 🤫@TWooodley with an INTERESTING training partner before #UFCVegas11. pic.twitter.com/xMaA9gXPTC

“Masvidal hit me up. What people don’t know is, when I am solid, I am 100 percent through and through.” Woodley also said that he talked to Ben Askren first, before joining Masvidal to train with him. “Ben, I am gonna train with Jorge for this fight. He’s asked me to… He wants to come out, he wants to help, he wants to work with me. It benefits him as much as it benefits me, to be honest. I am not gonna turn down this dude. I am not gonna make his enemy, my enemy.”

Tyron Woodley also revealed that this is not the first time he is training with Jorge Masvidal. Woodley said that he trained five straight years alongside Masvidal during his time with ATT. Masvidal is a seasoned striker, while Woodley is an exceptional grappler, while both of them are knockout artists who are definite to come out sharper for their next fight. It is an exciting match-up and one that will not only decide Woodley’s position in the Welterweight division, but also Colby Covington’s future going forward.

“He’s a Quitter” – Tyron Woodley Rains Down On Colby Covington