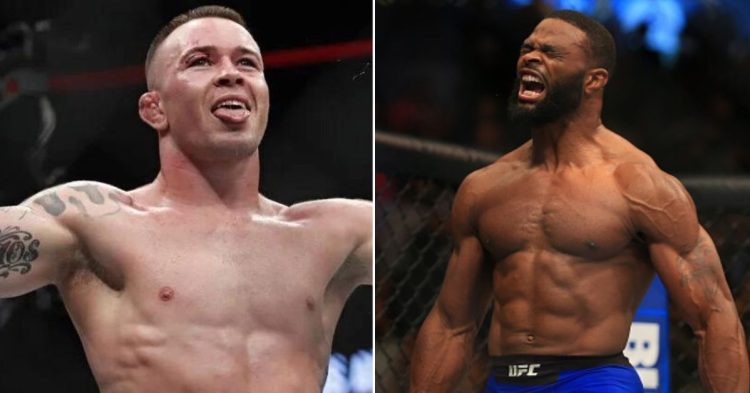 In one of the most awaited fights in UFC welterweight history, Colby Covington will take on Tyron Woodley. This is the fight fans have been hoping to see since Covington won the interim title by beating RDA and for good reasons.

Though the times have changed and Tyron Woodley does not have the welterweight title around his waist this matchup is still compelling to the fans. The rivalry between the two is what makes this fight so intriguing. And the recent warning from Tryon Woodley would leave the fans confused and excited for this 5 round battle.

Both Colby Covington and Tyron Woodley have been coming from loss. However, the odds are against Tyron Woodley at the moment. He is coming from two tough losses against Kamaru Usman and Gilbert Burns. He lost all the rounds in his last two fights as fans have started questioning whether Woodley can deal with the new generation of fighters.

There are some similarities between Covington and Woodley’s past two opponents, which make the fight even more dangerous for the former UFC champion. Colby Covington is a phenomenal wrestler and with him, it’s always a high paced fight. On the other hand, Tyron Woodley has not looked good in his last two fights when he fought opponents who put tremendous pressure on him. And that’s what Covington is going to do against Woodley.

Tyron Woodley is explosive and he has a good takedown defense. It’s hard to imagine Woodley outwrestling Covington. However, if he can neutralize Covington’s wrestling and lands huge shots to offset the rhythm of Covington then this fight might be a close one. But at the moment, Colby Covington looks like a big favorite going into the fight.