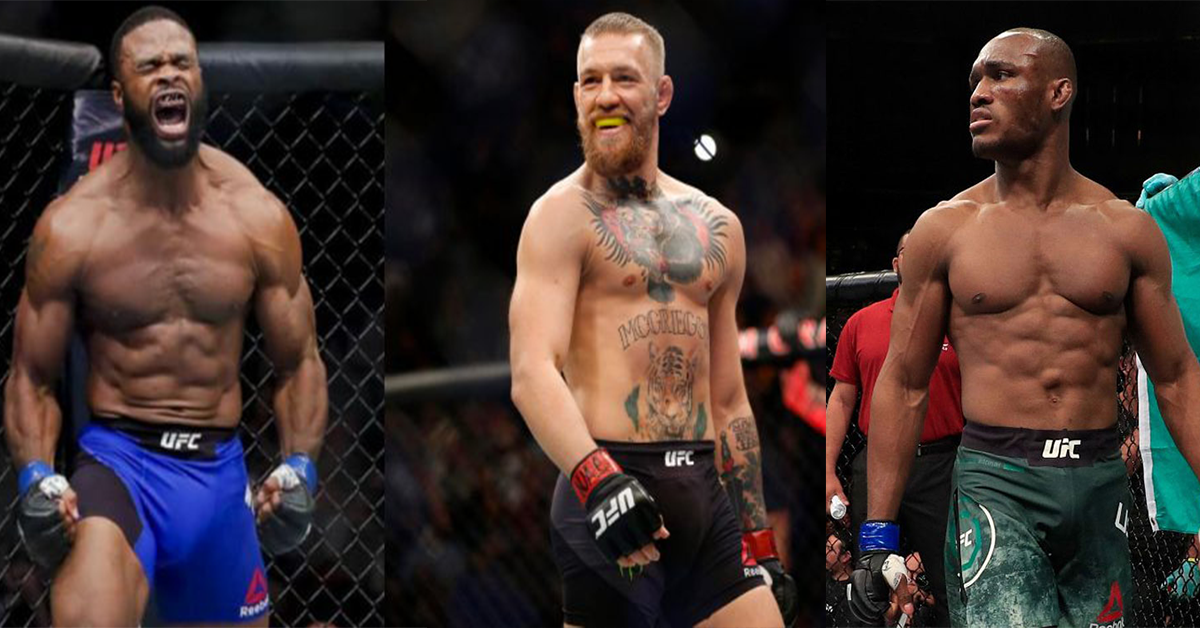 Tyron Woodley claims that Kamaru Usman is trying to reverse psychology Conor McGregor into a fight. Not long ago, Dominance CEO Ali Abdelaziz had put an offer for Conor McGregor to fight for the UFC welterweight championship in an event where Kamaru Usman vs Jorge Masvidal doesn’t see the light of the day. However, there was no reaction from Conor McGregor. Kamaru Usman even went on to pin a tweet where he claimed that he could beat Conor McGregor, and that there is no reason for the MMA fans to want to have this fight made.

Also Read: “I want to shut him up” – Justin Gaethje sends a stern warning to Conor McGregor

Woodley reacted to Usman’s call out of McGregor and claimed that Usman is playing reverse psychology to lure McGregor into fighting him. In an interview given to BT Sports, Woodley reflected on the welterweight division, and how a fighter’s popularity among the MMA fans have gone beyond the rankings to determine who fights next for the title next.

Tyron Woodley feels McGregor vs Usman is not happening

Tyron Woodley remarked that Kamaru Usman is trying his best to get the McGregor fight. However, he feels that it’s not a match stylistically suited for McGregor. Adding to this, Woodley also believes this is the same reason why McGregor never called him out when he was the UFC welterweight champion.

“His best bet is to try to say, oh, they’re scared of me. I don’t want to see Conor get killed, come on, y’all don’t want that for him. You think he is worried about the physical strength of Conor, he’s trying to play reverse psychology. And anybody can read through the BS. You’re not gonna reverse psychology Conor McGregor into a fight. Conor knows what fight makes sense.”

It’s hard not to agree with Tyron Woodley. Over the years, the ranking has hardly played any part in deciding who fights for the belt next. Additionally, for the welterweight division, it stands true to a point where Leon Edwards, despite an incredible win streak, has failed to find the championship opportunity.

According to Tyron Woodley, there are much better options for Conor McGregor than to fight Kamaru Usman. Moreover, he felt that McGregor vs Justin Gaethje, or Nate Diaz, and even Jorge Masvidal makes much more sense. Above all, they are all stylistically suited for both the fighters, and he feels one of these fights is bound to take place in the near future.