Khabib Nurmagomedov vs Tony Ferguson, a dream fight that we might never see. For several reasons, this was the most anticipated fight in the last 5 years. Though the chances of this fight happening in the future are very slim, Tony Ferguson just teased the fans to keep the hopes high.

In a recent post, Tony Ferguson sent a message to the lightweight champion.

Before the loss to Justin Gaethje, Tony Ferguson was on a 13 fight win streak in the lightweight division. He was destroying every opponent that stepped into the octagon with him. And the majority of the fans believed that Ferguson would be the one to put an end to Khabib’s unbeaten streak and rightfully so.

Khabib Nurmagomedov is not the greatest wrestler in MMA right now. But he is certainly the best MMA grappler we have seen inside the octagon. His opponents are worried about getting taken down by Nurmagomedov. However, Nurmagomedov is relentless with his takedowns and he will take you down sooner or later. The fight beings once you are on the ground with Khabib on top of you.

And that’s where fans though Ferguson would give Khabib a lot of trouble with his offense off his back. Ferguson’s elbows, unconventional scrambling, sneaky submissions, and insane cardio can cause a lot of problems for Nurmagomedov.

Will Tony Ferguson vs Khabib Nurmagomedov ever happen?

The stage was set for one of the biggest lightweight showdown in UFC history as Tony Ferguson looked to dethrone the long-reigning lightweight king at UFC 249. However, just as the future attempts to make this fight happen fans were disappointed again.

Due to the pandemic outbreak, Khabib Nurmagomedov could not come to the USA for his scheduled fight at UFC 249. And Tony Ferguson ended up fighting Justin Gaethje for the interim lightweight title.

And the outcome did not go in the favor of Ferguson as he lost the fight via TKO. And that’s how the world missed another and maybe the final opportunity to see Khabib Nurmagomedov vs Tony Ferguson. 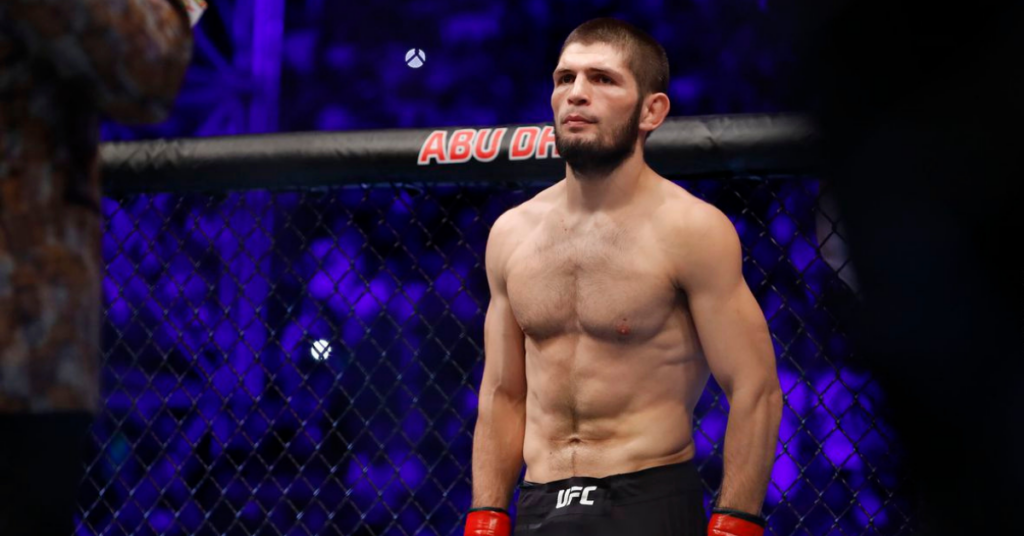 We might never see this fight if Khabib fights Georges St-Pierre and then retire. But if the GSP fight does not come then Khabib has stated that he is open to fighting Ferguson or McGregor. However, if Khabib beats Gaethje at UFC 254 then we better believe that GSP is coming back for one last dance with the greatest lightweight of all time.