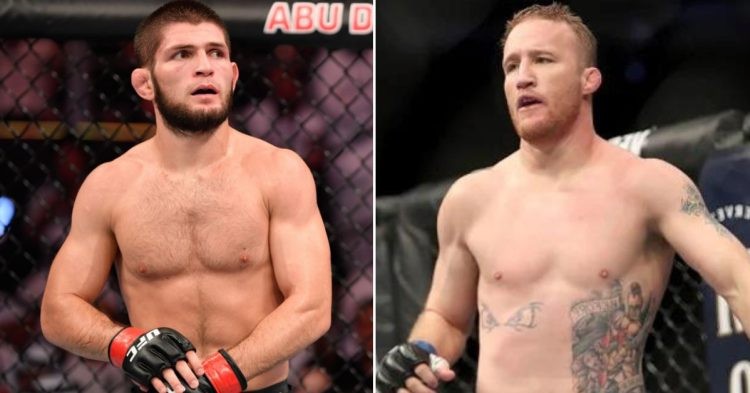 UFC 254 is going to be special for more than one reason. While the hugely anticipated fight between Khabib Nurmagomedov and Justin Gaethje will headline UFC 254, chances are that fight fans could be in for another epic lightweight encounter in the form of Tony Ferguson vs Dustin Poirier to determine who will fight for the Championship belt next. Nurmagomedov in a recent post exclaimed the proposed UFC 254 card and called it the best card of the year.

2 champion, 4 former champion, 4 title challengers. How do you like this card with full of killers. Best card of the year. #ufc254 pic.twitter.com/iVs2LRORWw

Nurmagomedov captioned 2 champions, 4 former champions, 4 title challengers. How do you like this card with full of killers. Best card of the year.”

Islam Makachev is set to take on former champion Rafael dos Anjos in his return fight after almost a year away from the octagon. Makachev picked up an impressive unanimous decision win over Davi Ramos at UFC 242 back in 2019. Rafael dos Anjos, after suffering back to back losses at the Welterweight division, will finally return to the lightweight division to take on top prospect Islam Makachev.

In another epic encounter, Robert Whittaker is making a quick-turnaround after a hard-fought battle with Darren Till. Whittaker will take on top-ranked Jared Cannonier in what is being looked as a possible #1 contender’s match for the UFC Middleweight Championship.

Zabit Magomedsharipov will also return to the octagon against Yair Rodrigues in a possible fight to determine who gets to challenge Alexander Volkanovski for the featherweight gold. However, it can be argued that the winner of The Korean Zombie vs Brian Ortega could also face Volkanovski next. It is an exciting match-up, with Rodrigues fresh off a victory over Jeremy Stephens and Zabit coming off a hard-fought battle against Calvin Kattar.

Tony Ferguson to take on Dustin Poirier at UFC 254?

While there has been no confirmation regarding the same, the fight that is making all the headlines alongside Khabib Nurmagomedov vs Justin Gaethje is the potential showdown between Dustin Poirier and Tony Ferguson. The winner of the fight will likely go on to face the winner of Khabib-Gaethje’s fight for the undisputed Lightweight Championship. Khabib Nurmagomedov has earlier mentioned that he would face any fighter who can beat Dustin Poirier. This could well be Ferguson’s chance to finally get a shot at the title belt. It will interesting to see four of the best lightweight fighters of all time fight on the same card. It’s an exciting card, and despite having some of the best cards this year, it’s hard not to agree with Khabib Nurmagomedov. UFC 254 promises great fights, great action, and some of the most prominent names in the history of mixed martial arts.