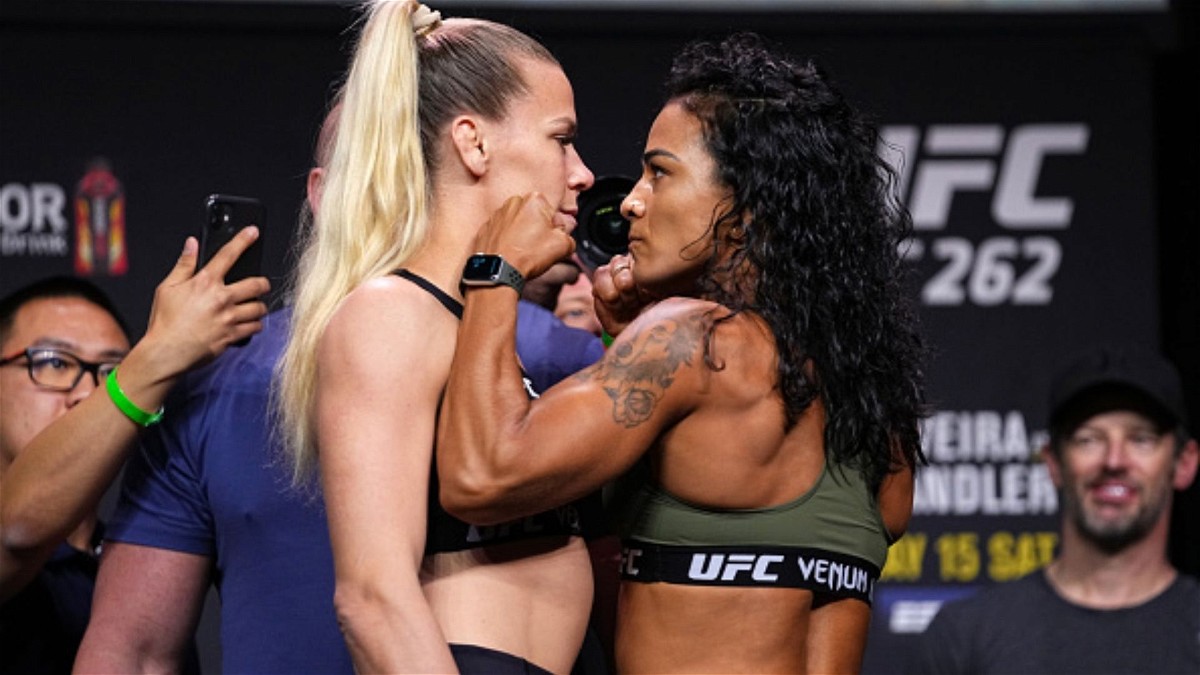 UFC 262 features Katlyn Chookiagian vs Viviane Araujo( flyweight bout) in the main card. And this fight might give us the next opponent for the champion Valentina Shevchenko.

The UFC women’s flyweight division is ruled by the long-reigning undisputed champion Valentina Shevchenko. And at this point, anyone who wins a fight at the top of the division will earn a title shot as Shevchenko has destroyed everyone in her path. Shevchenko has wins over Katlyn Chookagian, Jessica Andrade, Jennifer Maia in the top 5. We are at a point where no one in the flyweight division can even give a tough challenge to Shevchenko.

In this scenario, Vivian Araujo will have a huge opportunity to earn a title shot at UFC 262. If she goes out there and destroys Katlyn Chookagian in round 1, which will be more impressive than Shevchenko’s win over Chookaigan, then UFC will certainly consider giving her the next title shot. But can she overcome the veteran of the division who has been in the top 5 of the division for a long time?

This will be a crucial fight in the women’s flyweight division with a potential title shot on the line. Chookagian is coming off a win against Cynthia Calvillo. Before that fight, Chookagian suffered a body shot TKO loss against Jessica Andrade.

On the other hand, Viviane Araujo is on a two-fight win streak in the flyweight division. She is coming off wins over Montana De La Rosa and Roxanne Modafferi. Viviane’s loss came in the hands of former number 1 title contender, Jessica Eye.

Viviane Araujo is an exciting up-and-coming contender in the division. She has good ground game, good clinch work, and solid striking to complement her ground game. But Katlyn Chookagian is a veteran of the division and she is likely to win the fight via decision against Viviane Araujo.

Chookagian vs Andrade was a competitive fight until the finish. It’s unlikely that Viviane will be able to TKO Chookagian in a similar fashion to Jessica Andrade. This fight is likely to go the distance and Chookagian should comfortably win the fight via decision. Now Viviane will certainly present challenges and might win the early round. But, Chookagian is a better striker and she is a huge flyweight which will give her an advantage against Viviane.

Neither of the fighters is known for their crazy KO power and hence it is unlikely that this fight will end with a finish. It will be a good back and forth for three rounds between these two lightweights and Chookagian will edge out a decision because of her activity on the feet.