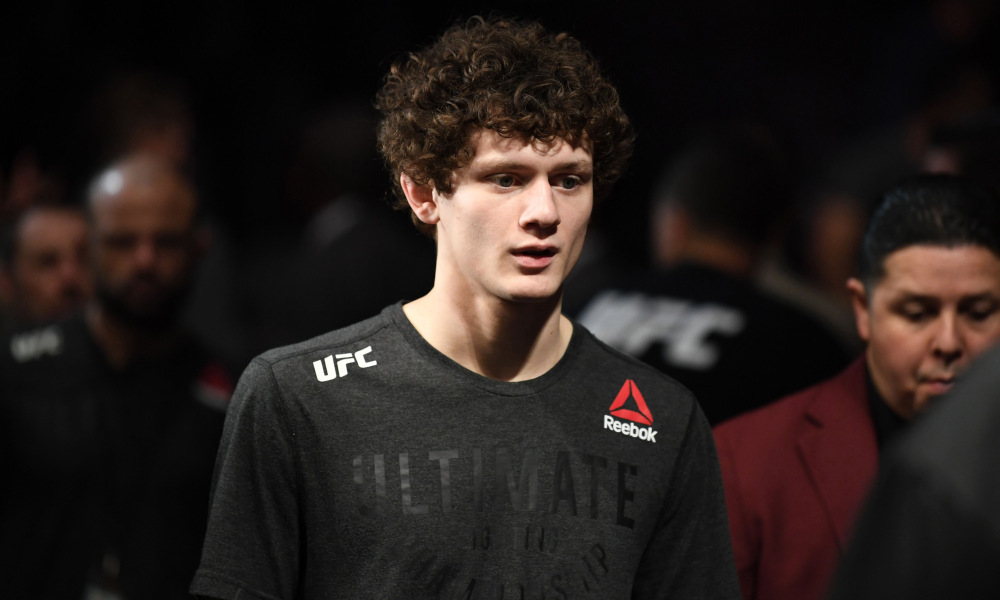 This fight between Chase Hooper and Steven Peterson will take place in the Featherweight division at the early prelims of the UFC 263 held at Glendale, Arizona. Both the fighters are coming off a win in their last fight. However, the records of both the fighters are very contrasting. Chase has only suffered one loss in UFC whereas Peterson has lost three out of his five fights in the company.

This fight is very important for both the fighters to cement their place in the division. Because there are high chances that the UFC might cut off Steven Peterson if he suffers another defeat.

Chase Hooper is famously known for looking like the former UFC Welterweight Ben Askren. But that’s not the only common thing between the two. Their fighting strengths and weaknesses are also incredibly similar. Hooper is a good wrestler but has a weak striking game just like Askren. Chase Hooper got into some serious trouble in the octagon in his last two fights because of the lack of expertise in striking. But Hooper seems to have improved in that department as he has trained with Stephen Thompson, who is one of the best strikers in the UFC.

On the other hand, Steven Peterson can be a tough challenge to Chase in the striking department. However, Hooper’s grappling skills will be a determining factor in the outcome of this fight. Chase will have a huge advantage over Peterson in grappling. Therefore Hooper will control the fight on the ground and will dominate this matchup. It would be intriguing to see how much Chase Hooper has improved in the striking department. But, regardless he should win the fight via submission.