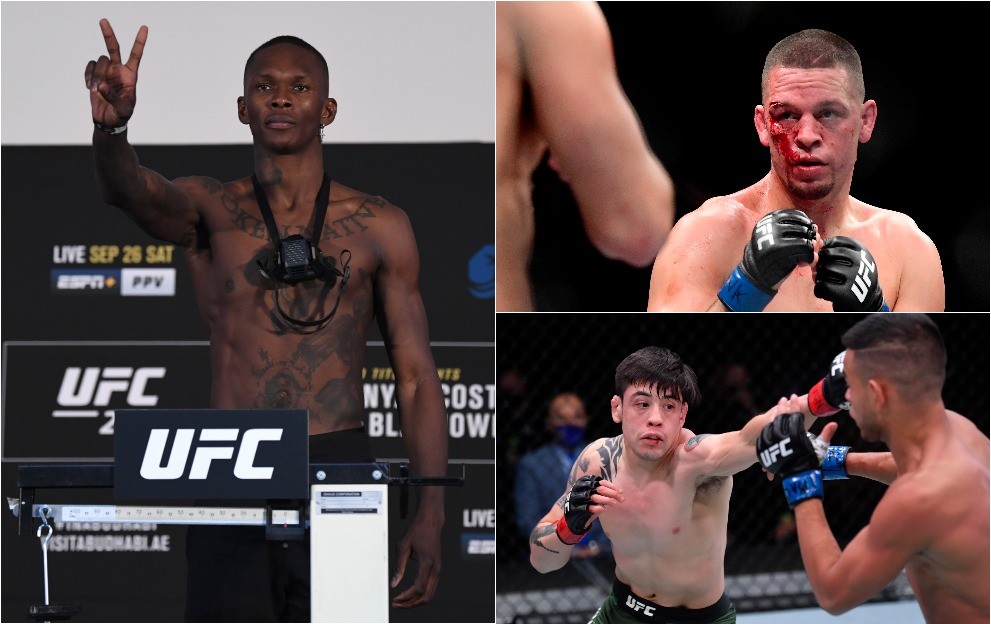 After the end of a highly exciting UFC 263 event last weekend, John Ourand of Sports Business Journal has revealed the estimated PPV buys for the event. “ESPN+ logged close to 500,000 pay-per-view buys for last weekend’s UFC 263, sources say. Including international markets, the PPV had around 600,000 total buys.”

This UFC event was headlined by Israel Adesanya and Marvin Vettori for the Middleweight Championship. Following the co-main event featuring Deiveson Figueiredo and Brandon Moreno. The main card also included the fight of Stockton’s own Nate Diaz and British superstar Leon Edwards in a five-round contest.

However, the number of pay-per-view buys for the event is a disaster considering the number of superstars featured on UFC 263. This event marked the much-anticipated return of The ‘Stockton Slugger’ who is a big fan favorite in the UFC. It also featured the rematch of the two best Flyweights in the division. To end it all the main event was headlined by one of the most heated rivalries between Israel Adesanya and Marvin Vettori. Therefore this event should have amassed much more pay-per-view buys than it did.

Also read: UFC 263 Fight Purse: How Much Did Brandon Moreno and Israel Adesanya Earn For Their Title Win?

Where does UFC 263 rank in terms of PPV sales this year?

UFC 263 ranks third in pay-per-view buys right after UFC 257 and UFC 259 this year. However, there are no reports for the number of PPV buys for UFC 258 that was headlined by Kamaru Usman and Jorge Masvidal and UFC 260 that featured Francis Ngannou and Stipe Miocic

According to Ourand’s report, the promotion and ESPN+ have not done very well this year. Apart from UFC 257 that featured Conor McGregor and Dustin Poirier other events have amassed very low pay-per-view buys. UFC is struggling with pay-per-view buys and they will hope that UFC 264 will do amazing numbers because it features the company’s biggest superstar in Conor McGregor. The promotion will also pray that McGregor will win his fight against Dustin Poirier at UFC 264 because if he loses his stock will go down and there won’t be much excitement among the people to watch his fights in the future.

Also read: “Dusty B****H”- Conor McGregor Lays Out a Condition for His Trilogy Against Dustin Poirier at UFC 264