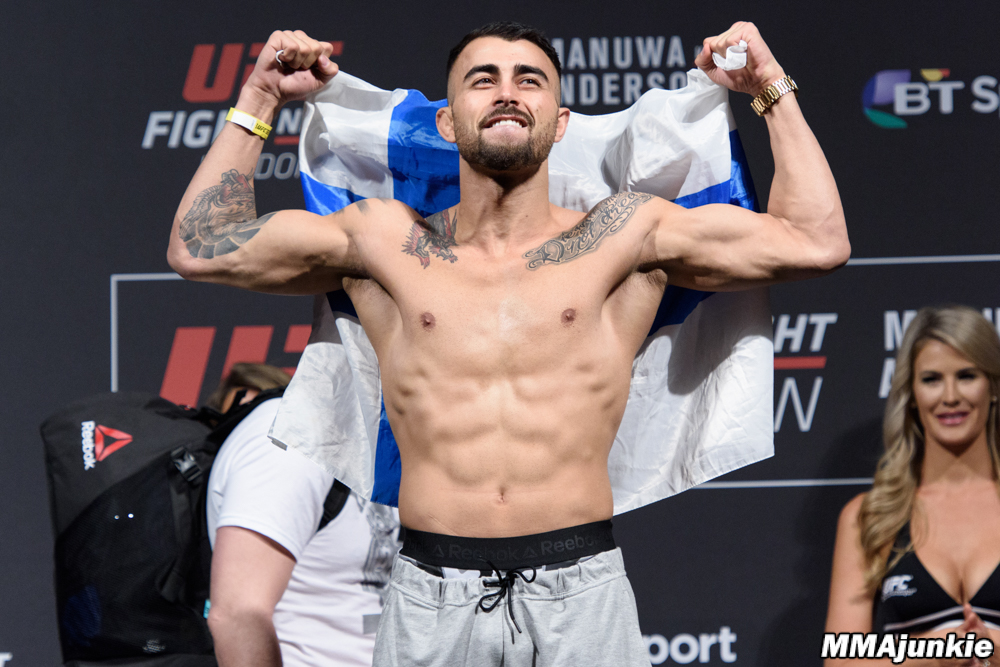 This weekend at UFC 267 the fight fans will witness some exciting fights in the main card, which will be taking place at the Etihad Arena in Abu Dhabi. But before the main card kicks off, a preliminary bout between Makwan Amirkhani and Lerone Murphy will take place in the Featherweight division.

Makwan Amirkhani (16-6) looks to snap a two-fight skid after losing back-to-back decisions to Kamuela Kirk and Edson Barboza. The 10-fight UFC veteran has lost three of his past four bouts, with his most recent win being a first-round anaconda choke submission against Danny Henry in July of last year.

The British fighter Lerone Murphy (10-0-1) is yet to taste defeat in his three octagon outings. “The Miracle” debuted in the UFC with a split draw against Zubaira Tukhugov and has since won two straight fights against Douglas Silva de Andrade and Ricardo Ramos. At UFC 267, Murphy would be looking to continue his dominance in the cage.

Makwan Amirkhani is a fun and creative striker who likes to bring the fight to his opponent. He is willing to mix in exciting strikes as he closes distance; then, once in tight, Amirkhani is comfortable in a phone booth. His exciting, and sometimes chaotic style, might be surprising given his stats and record.

Lerone Murphy is the kind of fighter that is more technical. He is a fundamentally sound and athletically gifted kickboxer who is adept at switching stances while unloading, seemingly with minimal effort, fluid kicks and punches. However, similar to Amirkhani, Lerone Murphy keeps a very lower output.

Although we think Murphy is the far superior boxer and maybe the better fighter overall, but we think the pressure of Amirkhani will make Murphy a bit uncomfortable. Also, it is worth noting that Murphy does not have the best record when it comes to defending takedowns. We expect that Amirkhani overcomes a bit of his issue maintaining top time and scores an upset at UFC 267.