UFC just wrapped up its first pay-per-view event of the year 2022, UFC 270 and it became a huge success for the promotion.

All information related to the event is out now including the fight purses of the fighters, Performance of the Night and Fight of the Night bonus awards, etc. Here is what the fighters got paid at UFC 270

Cody Stamann faced a loss against Said Nurmagomedov in the bantamweight bout. He made a total of $72K.

Jack Della Maddalena earned a total of $24K after defeating Pete Rodriguez via TKO. Nevertheless, Rodriguez went home with $14K after the fight.

Michael Morales defeated Trevin Giles on his UFC debut via TKO and made a total of $24K. Giles went home with $51K.

Matt Frevola went against Genaro Valdez and won the fight via TKO. Frevola earned a total of $52,000. But, Valdez’s overall sum was $14,000.

Jasmine Jasudavicius earned a total of $24,000 after winning against Kay Hansen via unanimous decision. However, Hansen took home $21,000. 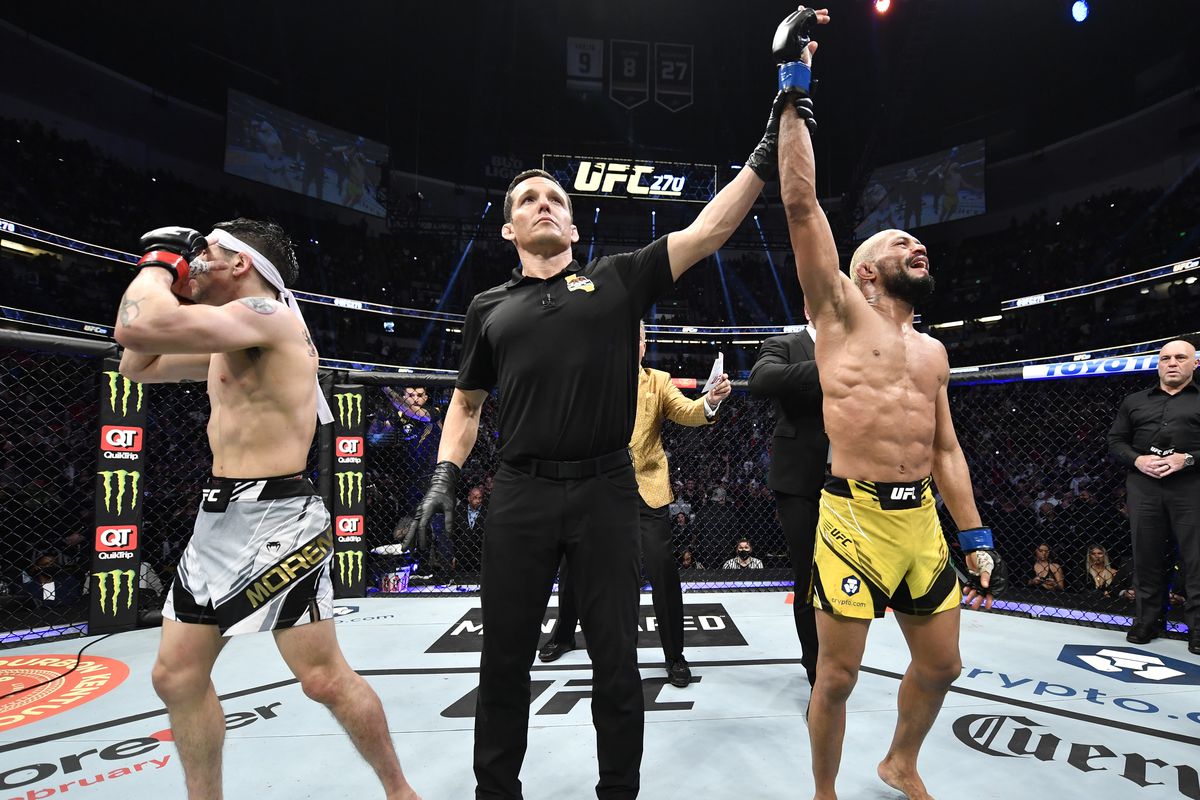 The Mexican was looking confident and hit Figueiredo with a good combination along with taking some nasty shots from the Brazilian. But Figueiredo’s powerful strikes knocked Moreno down twice which took the fight away from the defending champion. Figueiredo earned a total of $232K and Moreno’s overall earning was $292K. Both got the 50K as the fight of the night award bonus.

Nurmagomedov went against Cody Stamann in a bantamweight bout. The Dagestani fighter was on a different level as he went in a submitted Stamann in the very first round. This helped the fighter to win the performance of the Night award bonus of $50K. This increased his overall earnings to $104,500.

The 33-year-old American went against Silvana Gomez and defeated her via a slick armbar submission in the third minute of the first round. This dominating victory earned her the Performance of the Night award bonus of $50K. Overall the fighter took home a total of $74K.