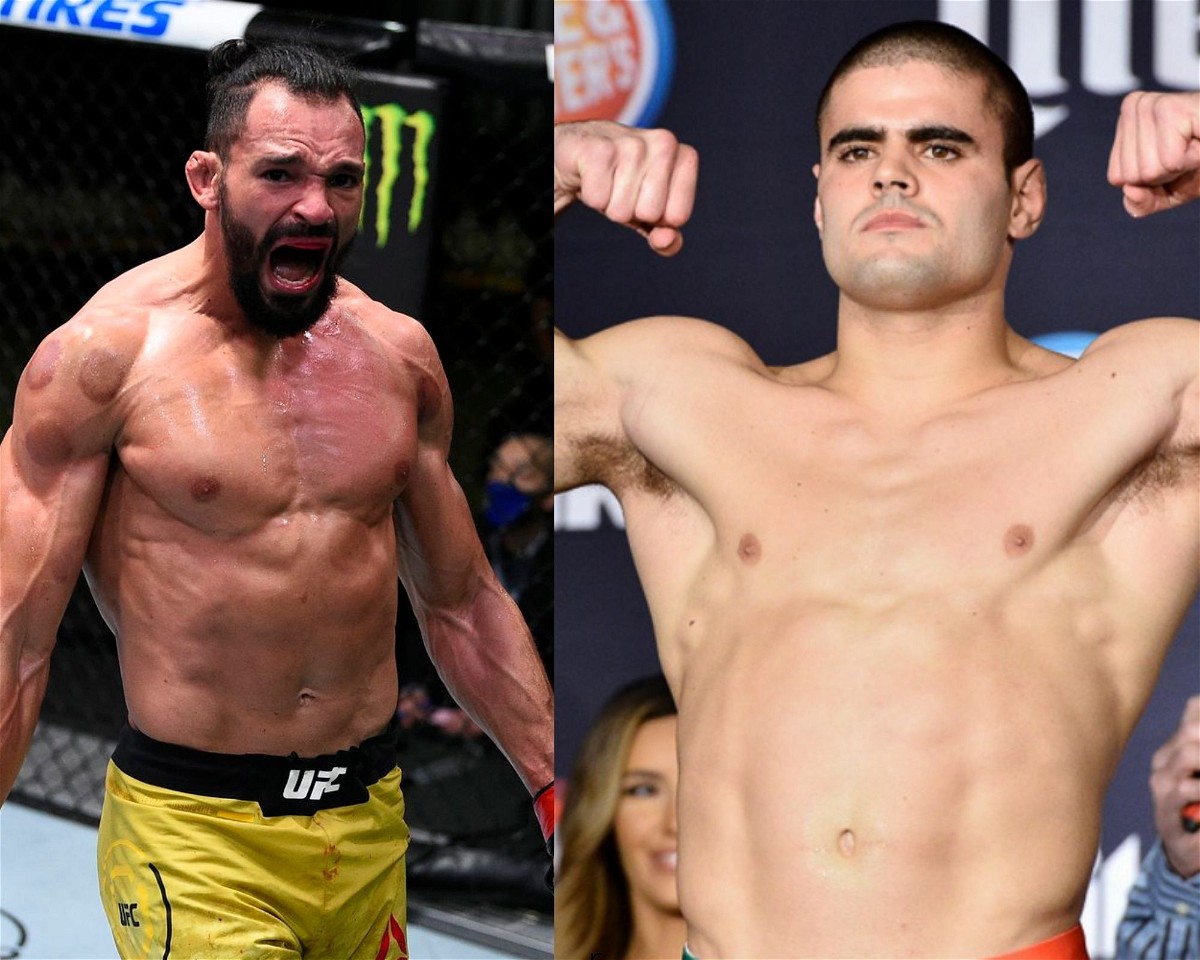 Michel Pereira is returning after a year to fight debutant Andre Fialho in a welterweight bout at UFC 270. The fight will take place at Honda Center, Anaheim, California (US). Apart from this fight, the main card has two exciting title fights in Ngannou vs Gane and Moreno vs Figueiredo.

Michel Pereira was originally scheduled to fight at UFC fight night: Kattar vs Chikadze against Muslim Salikhov. However, his opponent pulled out of the fight which led him to fight Fialho. Pereira is currently in a three-fight win streak and would look forward to continuing the momentum.

On the other hand, Andre Fialho is going to debut this Saturday night on the promotion. He is currently on a four-fight win streak with a record of 14-3-0-1 in which he has defeated former UFC fighters like James Vick and Chris Curtis. Fialho would like to start his UFC journey by defeating one of the most stylish strikers of the promotion.

Pereira generally starts off slow and gradually increases his pace as he unleashes his illustrious striking, spinning attacks, and other flashy moves. On the other hand, Fialho is also a violent striker. So, stylistically the fight is a great matchup.

Even though Fialho is debuting, he certainly has the experience to cash in on a gassed-out Pereira. Andre usually doesn’t come with a lot of volumes, but he is sharp and looks to finish the fight with good accuracy and technique.

Now, if Pereira gasses out himself with his flamboyant style and flashy backflips. Fialho will take the opportunity to knock him out. However, considering Fialho mostly looks to box, Michael can target his lead leg with calf kicks.

Since both the fighters love to fight on the feet and exchange shots it is highly unlikely for the fight to go to the ground. If Pereira fights logically with a decent plan, he is safe for a win.