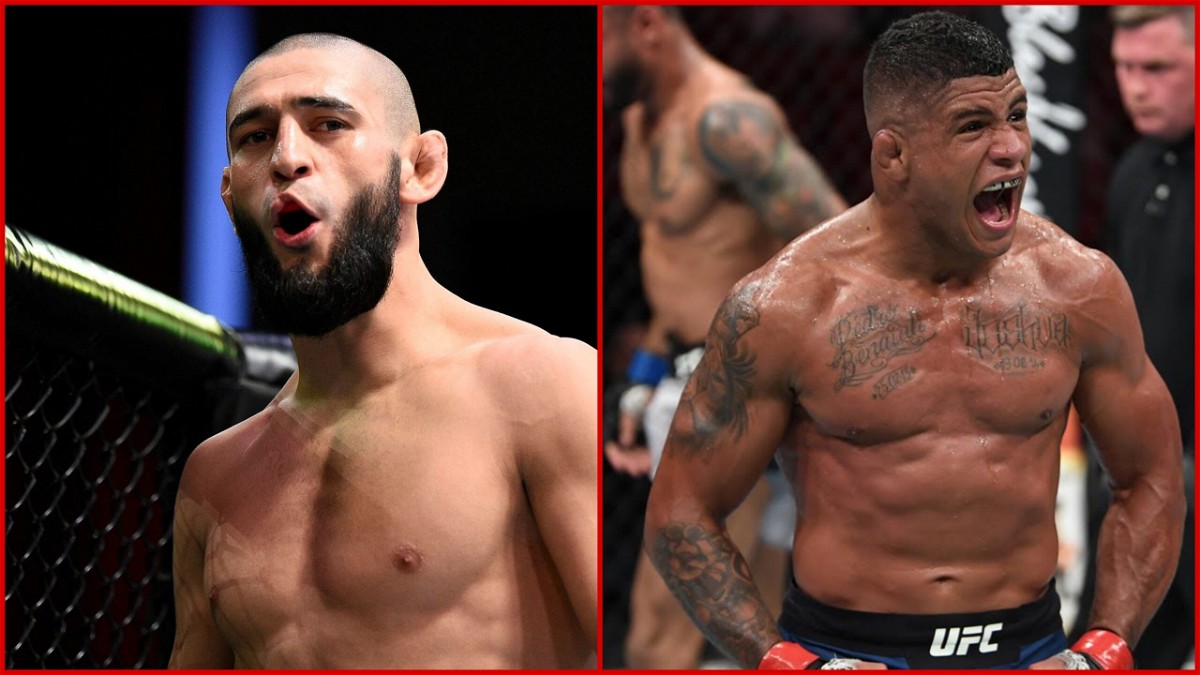 UFC 273 is just a couple of days away and the event will have two title fights at the top of the bill. But the most talked-about fight in the entire event is Gilbert Burns vs Khamzat Chimaev. Some also might call it the ‘people’s main event.’

The excitement surrounding the clash has reached a fever pitch mainly thanks to the no. 11th ranked UFC welterweight in the world. Chimaev will be fighting Gilbert Burns who occupies the 2nd spot in the division. It just proves how highly the company thinks of Khamzat.

The winner of this fight is most likely to be in the line for a championship opportunity next. If Chimaev can get the job done this Saturday, he will join an elite list of fighters to get a title shot so quickly after their debut.

Gilbert Burns is one of the most experienced fighters in the division. Not only at welterweight, but Burns also fought at lightweight as well. Hence, there isn’t any shortage of time inside the Octagon under his belt.

Since moving up in weight, Gilbert has only lost 1 out of his last 6 fights. It came against the champ Kamaru Usman. Although Burns lost the bout, he did manage to wobble Usman and almost won the belt. Hence, he is a threat to anyone and everyone.

Khamzat Chimaev on the other hand has been a wrecking ball since making his UFC debut in 2020. Similar to Burns, he has also fought in two weight divisions. But, Khamzat is focusing his energy at 170lbs for now.

Both fighters have explosive power in their hands. But Chimaev’s power is on a different level altogether as he knocked out middleweight fighter Gerald Meerschaert with a single punch. Hence, his lighting fast speed and power will give Burns a lot of issues on the feet. The Brazilian has been susceptible to KO/TKO losses in the past.

In terms of grappling, Khamzat is a multiple time freestyle wrestling champion. His grappling strengths were on full display in his last fight against Li Jingliang at UFC 267. The Borz submitted Li as if he was a Flyweight. However, that may not be as easy to do against Burns as he is a high-level Brazilian Jiu-Jitsu black belt.

The outcome of the fight will most likely be determined on the feet. Chimaev will have a clear advantage in striking because of his reach advantage. In order to land on Khamzat, Burns will have to blitz forward. That will provide the perfect opportunity for the 27-year old to land the fatal blow.