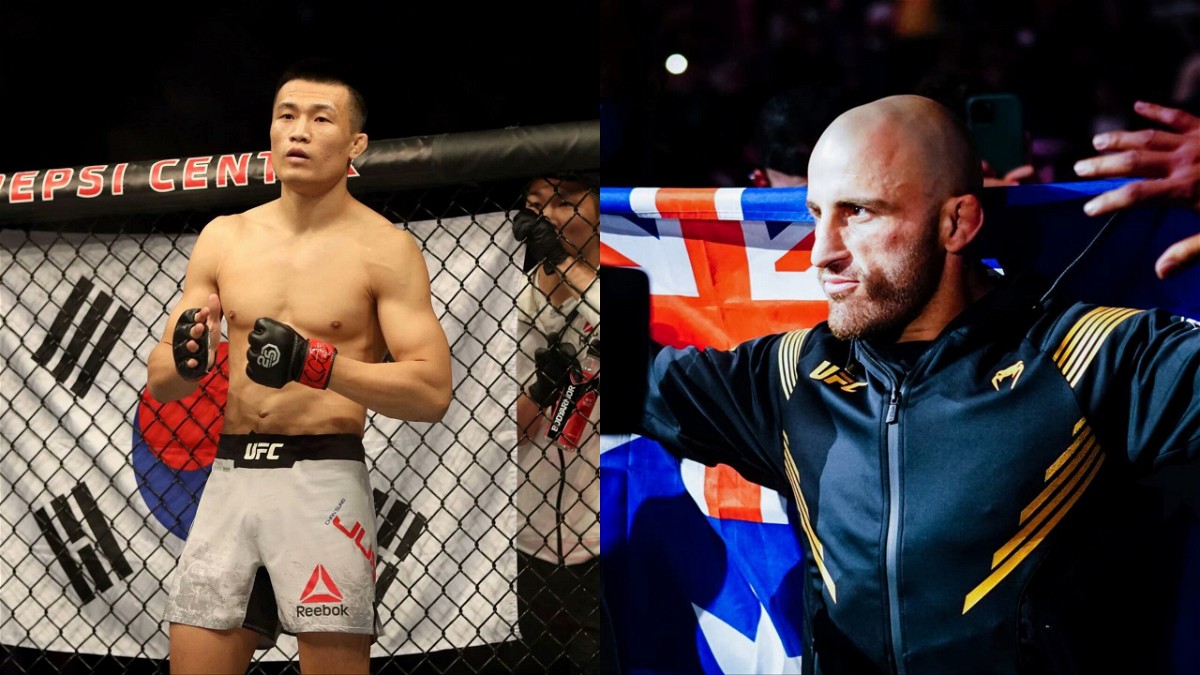 The wait is finally over as the much anticipated UFC 273 is right around the corner. The card has many fights that Mixed Martial Arts (MMA) fans all around the world are eagerly waiting for. But none bigger than the main event of the night between Alexander Volkanovski and ‘The Korean Zombie’ Chan Sung Jung.

The fight came about in a bizarre circumstance as Alex was originally preparing himself for the trilogy fight against Max Holloway. However, the bout was cancelled only hours later as Holloway pulled out the fight in light of some pre-existing injuries.

Your #UFC273 Artist Series is here!

Although there were rumours of Henry Cejudo getting the fight, ultimately the Ultimate Fighting Championship (UFC) decided to provide the second opportunity to fight for the title after he fell short against Jose Aldo at UFC 163 in 2013.

The current undisputed featherweight champion Alexander Volkanovski is one of a kind. Although he is smaller than most of his contemporaries, the 33-year old is probably the strongest amongst all the featherweights in the UFC.

Although the result of his rematch against Holloway at UFC 251 was controversial, Volkanovski bounced back against Brian Ortega in a thoroughly entertaining fight. Now he finds himself matched up with a true veteran of the company this weekend.

The Korean Zombie made his UFC debut 11 years ago UFC 140. His nickname says the entire story about his fighting style. Zombie is an all-out brawler without a back gear. He fell short against Ortega in 2020 but bounced back against Dan Ige last year.

The match-up between the two is intriguing as they have different styles of fighting. While Volkanovski will mix up his offence, Zombie will look to counter with well times strikes. But Chan Sung Jung is not used to dealing with the pressure Volkanovski puts on his opponents.

While The Aussie undoubtedly has better wrestling, Jung is no slouch on the mat either. He is more than capable of finding a submission when the opportunity arrives. The 36-year old was the first person ever to apply a twister on his opponent to get a submission.

All You Need to Know About Iga Świątek : Net Worth, Career Earnings and Brand Endorsements

5 Wrestlers Who Were Buried After WrestleMania