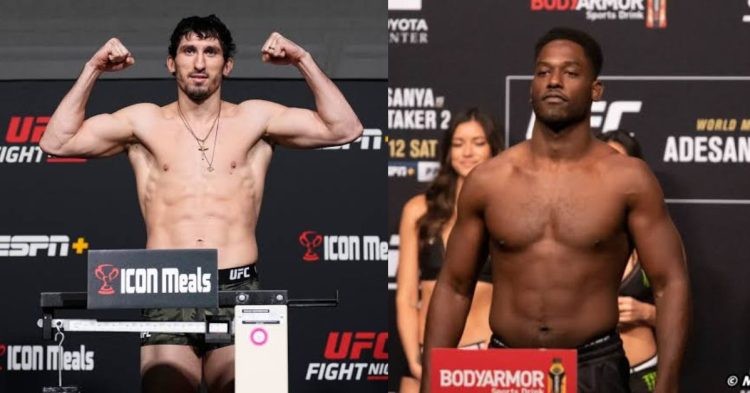 UFC 280 will feature a middleweight fight between Armen Petrosyan vs AJ Dobson that will take place on October 22 at the Etihad Arena in Abu Dhabi.

Both of these fighters are coming off a loss in their last fight. Petrosyan got dominated in the grappling department by Caio Barralho. He got taken down early on in that fight and was controlled essentially for more than two rounds on the ground. Dobson is also coming off a grappling-heavy loss to Jacob Malkoun.

Petrosyan is known to be an aggressive high volume striker and hence by many is considered to be the favorite for this fight. Petrosyan is super technical when it comes to the striking element, he knows what he wants to do to someone and he makes it work.

AJ Dobson on the other hand is explosive and has crazy knockout power, but he lacks cardio, and experience and has many holes in his defense. And with the technicality Petrosyan has in his striking, Dobson’s lackluster defense could be exposed pretty early.

Although Dobson is known more for his explosiveness and power, It’s actually Petrosyan who has had more finishes in his career so far. Petrosyan has a two inch height advantage but AJ Dobson has a good five inch reach advantage. Both fighters have a pretty high striking rate, 5.17 for Petrosyan and 4.7 for Dobson, which certainly guarantees a good stand up battle.