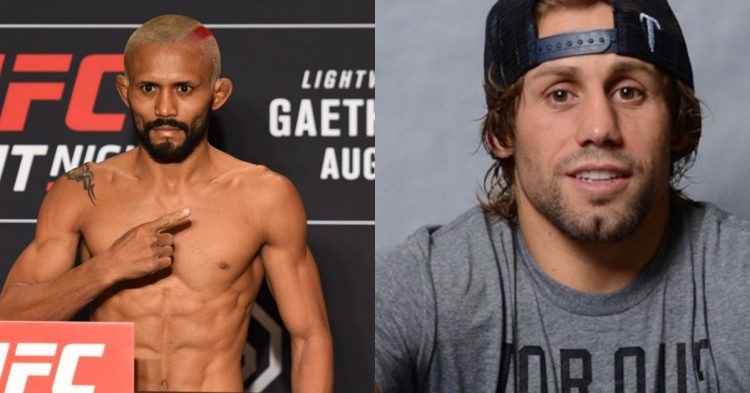 UFC Flyweight Champion Deiveson Figueiredo has made a significant change to his management team ahead of his UFC return. Since the beginning of his UFC career, Deiveson has been represented by Wallid Ismail. However, Figueiredo recently got rid of him and signed Urijah Faber as his new manager.

Deiveson issued a statement regarding the reason for his decision. Despite being a UFC champ and one of the best fighters in the company, he has not been paid accordingly. According to the champ, he has been making around $150,000 to $200,000 for his championship contests. In his statement, Figueiredo stated he felt disrespected by the amount of money has been making.

“I thank [Wallid Ismail] for everything he’s done for me. I haven’t done anything unfair with him, I’m sure of that, and I hope he never says otherwise.” (h/t via MMA FIghting)

Urijah Faber is a retired UFC veteran. He is also the founder of Team Alpha Male. The gym has had many UFC champions over the years. It includes the likes of T.J. Dillashaw and Cody Garbrandt. The current 125lbs champion also trained with the gym for a brief period of time from 2018-2019. Although he moved on from the gym in 2019, it seems like The God of War is rekindling his links with Faber.

Faber has recently cornered Maycee Barber and Clay Guida. It is evident that Faber is developing a reputation as a manager in the world of MMA and his recent partnership with Deiveson Figueiredo will only boost his profile even further.

Is Deiveson Figueiredo underpaid compared to other UFC champions?

Was Deiveson Figueiredo justified to ditch Wallid Ismail for the lack of pay? Let’s take a look into Deiveson’s fight purses for his championship fights since 2020.

But his pay got significantly better for his title defence against Alex Perez. Deiveson made $490,000 which included $200,000 each to win and show. He also earned $90,000 as a post-fight bonus and fight week incentive.

Do you think Deiveson Figueiredo made the right call by replacing Wallid Ismail with Urijah Faber? Can Faber fetch Figueiredo a more lucrative contract going forward? Let us know in the comments below.