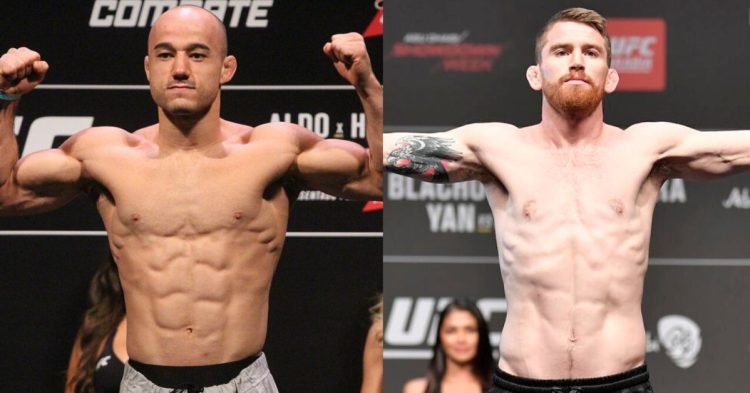 In a massive bantamweight showdown, Marlon Moraes will take on Cory Sandhagen in the main event of UFC Fight Night 179. Even though it seems like Aljamiajn Sterling will be the next in line for the title shot this fight might bring sad news to Sterling. Marlon Moraes vs Cory Sandhagen is a fascinating matchup. The outcome can go in anyone’s favor. But, let’s break down the fighting styles of both fighters.

Marlon Moraes is coming off a win against Jose Aldo, who fought for the title against Petry Yan. Moraes even has a knockout win over the number one contender, Aljamain Sterling. If Marlon Moraes can secure a dominant finish over Sandhagen then he might jump over Sterling to get a title shot.

Marlon Moraes is the best fighter in the bantamweight division if it’s a 3 round fight. He dominated Cejduo in the early rounds. But, as the fight progressed his cardio gave up. He took a very cautious approach against Jose Aldo but managed to win the fight 2 rounds to 1.

But, can Moraes secure a victory over one of the most skilled bantamweights in the world, Cory Sandhagen.

Marlon Moraes‘ best chances to win the fight will be in the early rounds. It will be crucial how he approaches the fight. He will have to be more active in the first rounds and do as much damage as possible.

He is capable of knocking out anyone in the division and we have seen it time and time again. But, his cardio is a big question mark every time he steps into the octagon. if he goes for the kill in the early rounds and empties the gas tank then he might find himself in trouble in a five-round fight.

But, he will have to throw caution to the wind in the early rounds. He can also test Sandhagen’s ground game and try for a submission. But, for Moraes, the finish is likely to come via striking.

The ranked number 4 bantamweight in the UFC, Cory Sandhagen is coming off an embarrassing loss against Aljamain Sterling. Sterling submitted Sandhagen under 2 minutes, handing him his first UFC loss.

Though Sterling looked impressive Sandhagen did not show urgency to defend himself on the ground, which ended up costing him the match. Despite the loss, he is still one of the toughest matchups for anyone in the division. 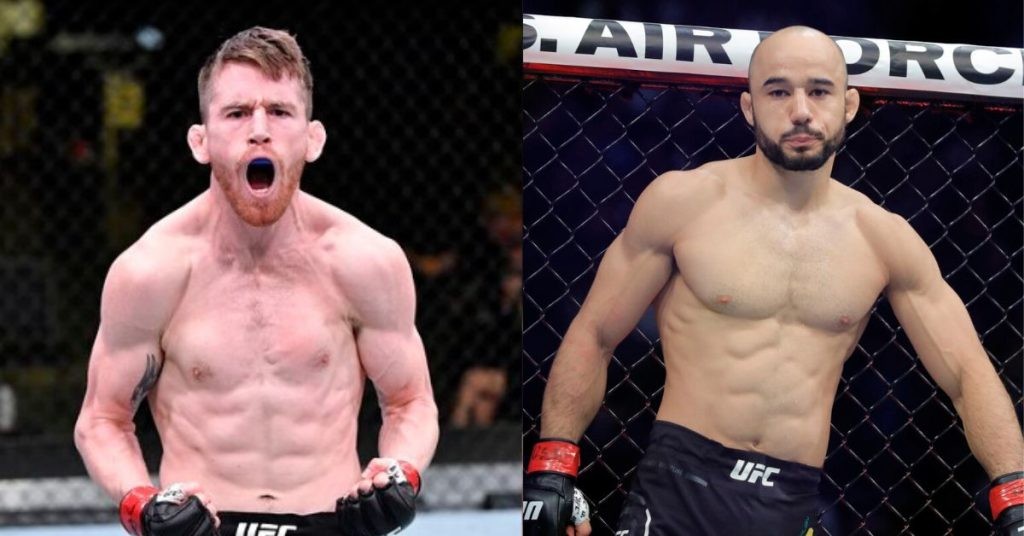 Sandhagen has a 70-inch reach in the bantamweight division. He is probably the biggest guy in the division after Sean O’Malley. He has effective leg kicks and his reach will allow him to use them often against Moraes.

Sandhagen does not have extraordinary takedown defense. But his ground game is not as bad as it looked against Sterling. However, he would prefer to keep the fight standing against Moraes who is a better grappler than him, atleast on paper.

For Sandhagen to win the fight, he will have to fight smart. Moraes is one of the deadliest strikers in UFC in the first couple of rounds. It’s hard to beat him in a three-round fight, where he does not have to worry about his cardio. But, a 5 round fight favors Sandhagen who can go those extra two rounds more efficiently than Moraes.

But, in order to see the final two rounds, Sandhagen will have to survive the early fury from Moraes. Sandhagen needs to be more active, use his reach and leg kicks to slow down the offense of Moraes in the first two rounds. And in the later rounds, he can look for a finish when Moraes is not as good as when the fight starts.

It’s a close matchup and Cory Sandhagen is the favorite for a reason. But, Moraes is a dangerous opponent in the early rounds. His cardio looked much better in his fight against Jose Aldo because he paced himself nicely. Though that did decrease his impact and output to a certain level.

On the other hand, Sandhagen is technically solid. But, Moraes is explosive and has more ways to finish the fight than Sandhagen. So we’ll be going with Marlon Moraes via TKO in the third round.

It won’t be a surprise if Sandhagen takes Moraes into the deep water and finishes him in the later rounds. But, Moraes should be able to get the job done in this one.