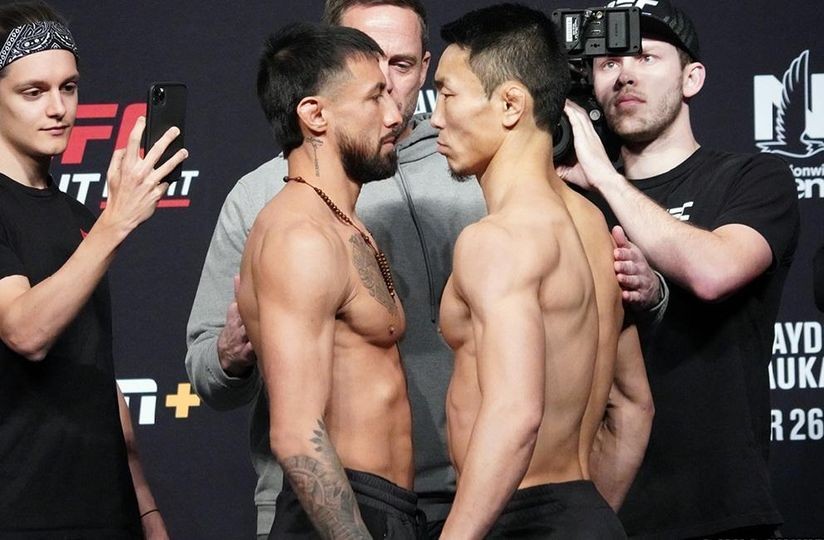 This weekend at UFC Fight Night: Blaydes vs Daukaus the fight fans will witness a power-packed fight card which will be taking place at the Nationwide Arena in Columbus, Ohio. In the preliminary card, Chris Gutierrez will be taking on Danaa Batgerel in a Bantamweight bout.

Danaa Batgerel is riding a three-fight win streak heading into this weekend’s showdown with Gutierrez. Currently 4-1 in his last five, Batgerel is coming off of a knockout victory over Brandon Davis. This weekend, Batgerel will be itching to continue his good run of form.

Chris Gutierrez has made us quite a bit of coin during his recent stretch as he has fantastic cardio and should be able to withstand the power of Danaa Batgerel, who has won six of his 10 fights by knockout.

Danaa Batgerel is averaging less than 6 minutes per fight in the UFC, while Gutierrez has fantastic pacing, chopping down on his opponent’s lead leg and taking over in the later rounds. The key will be for ‘El Guapo’ to weather the early storm and avoid being finished.

From the get-go, Gutierrez will be looking to assert his technical dominance by peppering Batgerel with his counter strikes and leg kicks. On the other hand, Batgerel’s power should not go under the radar. We suspect that Batgerel will start slow but look to tee off on Gutierrez once he gets the fight against the cage.