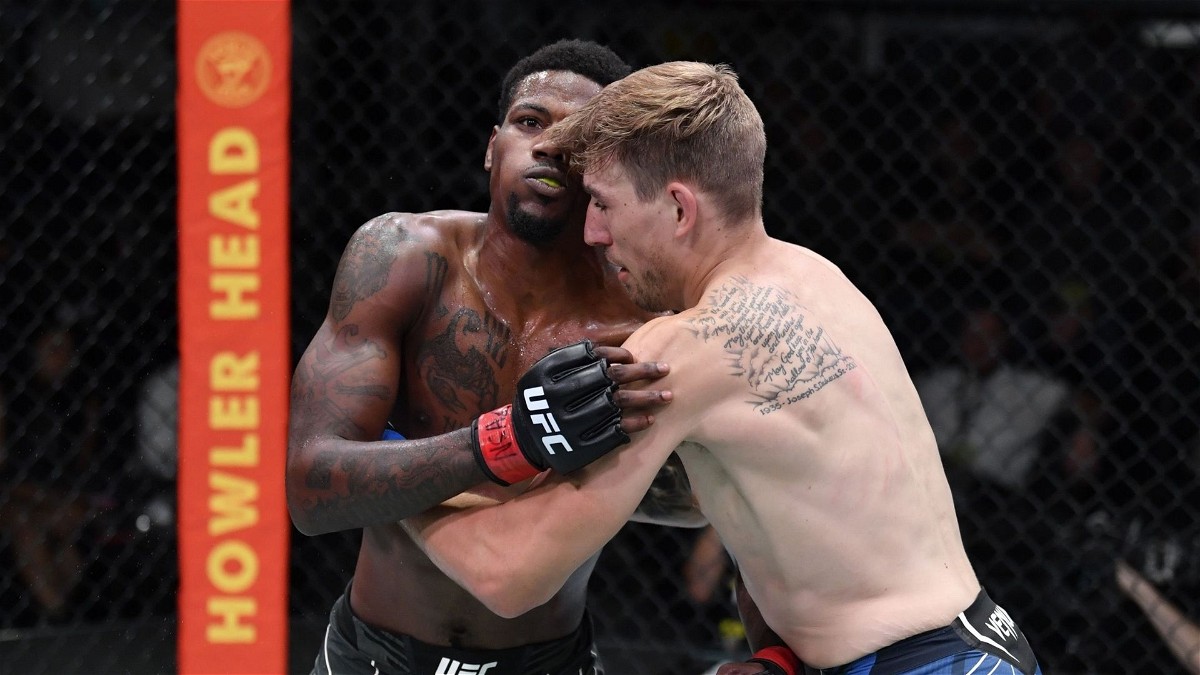 UFC Fight Night, Holloway vs. Rodriguez features exciting bouts apart from the main event between Holloway and Rodriguez. One such duel is between Trailblazer Kevin Holland and Kyle Daukaus. Their first fight ended up with confusion when Daukas nearly knocked out Holland by a clash of heads. Daukas then submitted him in the first round. However, fight referee Miragliotta decided to declare the fight a no-contest due to the headbutt.

Since there was confusion, Kevin himself offered a rematch saying “business is not fully done yet“. As a result, both will fight again this weekend for a transparent result.

Kevin Holland was in a 2 fight losing streak before the NC in the last fight. He lost to both Derek Bruson and Marvin Vettori this year via decision. Coming into 2021 he had a 5 fight winning streak. Unfortunately, all that hype is gone due to his recent performances. So, he will be looking to start a winning streak once again against Daukas.

On the other hand, Kyle Daukas is also not in a great position in context to his UFC journey so far. He has managed to win only one out of his last four fights. However, he has previously won the Cage Fury FC middleweight title in 2019 by submitting Jonavian Webb. Also, the fight he put up against Brendan Allen being a short-notice replacement was praiseworthy.

Holland has been always weak when it comes to wrestling. Derek and Vettori wrestled him for five rounds straight to secure their win. Even Kevin has addressed his lack of wrestling skills for which he trained in AKA for a short while to improve his wrestling. His wrestling has certainly improved a bit. But, Daukas is a Jui-Jitsu ace and in their last fight. Moreover,  he directly went for wrestling and clinching against Kevin holland.

Daukas will stick to a similar plan this time as well. If he takes the fight to the ground it is going to get dangerous for Kevin. Even in their first fight after the headbutt Daukas completely took over Holland to make him submit.

However, with past experiences and after practicing with former UFC welterweight champion, Johnny Hendricks Kevin should be able to defend the takedown attempts better. If the fights stay on their feet, Kevin will certainly have the upper hand. So, if Holland defends the takedowns well (which he should after all the fight camps), his reach advantage in striking can add up with his unorthodox striking to make him as dangerous as anybody.

Even though their last fight didn’t go in holland’s way. He was equal against Daukas before their headbutt. So, it is safe to say that Holland would be able to defend the takedown attempts by Daukas to keep the fight standing.