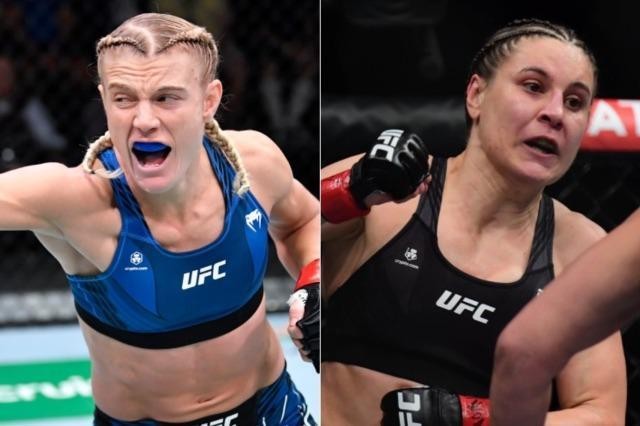 This weekend UFC Fight Night: Blaydes vs Daukaus will be taking place at the Nationwide Arena in Columbus, Ohio. In the preliminary card Jennifer Maia will step inside the UFC octagon to take on Manon Fiorot in a Flyweight match-up.

Former UFC title challenger Jennifer Maia returns for her second appearance of the year. Since earning two unanimous decision victories over Alexis Davis and Roxanne Modafferi in 2019, Maia has suffered alternate wins and losses in her UFC career.

Manon “The Beast” Fiorot is one year younger than Maia but has only had three UFC fights. The karate specialist has pulled off six knockouts in her eight wins and has enjoyed a perfect start to her UFC career.

Maia earned a title shot on the back of toughness, intelligent pressure, and a well-rounded game. Offensively, on the feet, Maia is a hardnosed Muay Thai fighter who can hold a tightly gripped clinch while unloading sharp elbows and thudding knees. On the mat, Maia is a competent wrestler; and, with her jiu-jitsu, is a dangerous grappler.

Fiorot implements a bouncy karate style striking game that creates a lethal combination of power and output. Fiorot has shown a wide variety of strikes despite only having 3 UFC fights. Her boxing is crisp, technical, and high volume. Her kicking game, though, is her most impressive attribute.

Maia’s path to victory is to get Fiorot down early and force her to fight from her back and uphill for the rest of the fight. Meanwhile, Fiorot can win this fight at range, in the clinch, or on the ground if she’s intelligent and on top. We anticipate Fiorot’s mobility and range kicking game being the deciding factor in this one but a finish is unlikely given Maia’s toughness.