In the main card of UFC Vegas 40, Manon Fiorot and Mayra Bueno Silva will go against each other in a three-round flyweight bout. The event will take place in UFC APEX in Las Vegas, Nevada this Saturday.

Fiorot (7-1) is considerably new in the UFC and has been part of two fights. After winning both the fights after making her debut in January 2021, “The Beast” will be looking for her third victory. In her last fight against Tabatha Ricci, she won by second-round TKO.

Bueno Silva (7-1) was signed by UFC after her performance in Dana White’s Contender Series. She won her debut UFC fight against Gillian Robertson in September 2018. Her last fight was in February this year against Montana De La Rosa which ended in a draw. In her fight against Fiorot, the Brazilian would like to have a different result.

The bout between both fighters is a clash of different fighting styles. Fiorot is an all-out striker with the ability to knock her opponents down. She tends to keep the fight on the foot and plays it as per her advantage. Most of her wins have come in the first two rounds, which shows she likes to attack as soon as possible and put her opponent in a bad position. She might struggle if the fight goes to the ground as Beuno Silva is very dominant in ground and pound. Manon will have to look for takedowns and believe in her striking capabilities to get an early knockout. 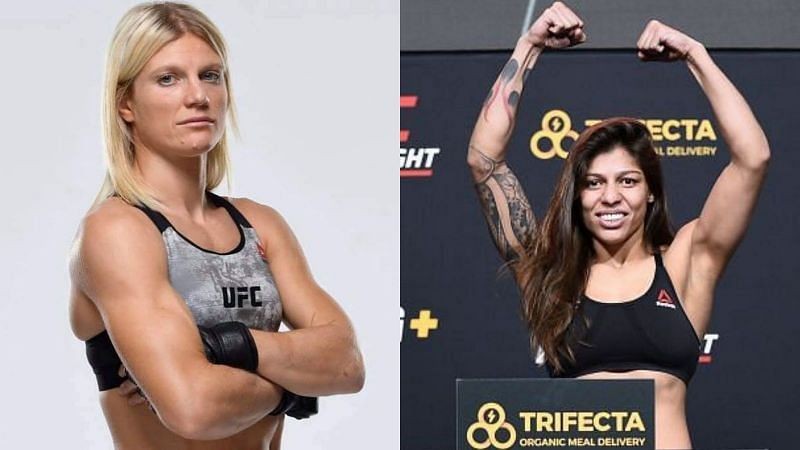 Silva on the other hand is very impressive in grappling. The BJJ background sure helps her dominate her opponents inside the octagon. Despite having a good striking ability, Silva will look for takedowns as much as possible. She will keep the fight on the ground and try to tire Fiorot to the limit as well as constantly looking for submissions. Fiorot has to be very cautious about the armbar of Silva, as Silva has got four armbar wins in her Nine career fights.