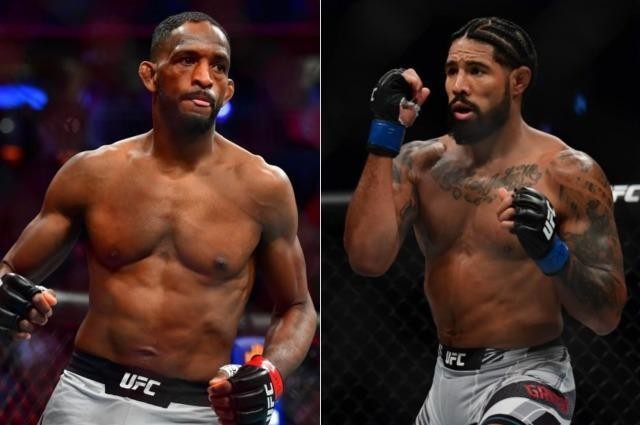 This weekend at UFC Fight Night: Blaydes vs Daukaus the fight fans will witness a power-packed fight card which will be taking place at the Nationwide Arena in Columbus, Ohio. In the featured prelims, Neil Magny will be taking on Max Griffin in a Welterweight bout.

Neil Magny who has been clamoring for a crack at Khamzat Chimaev, is looking to build on his unanimous decision victory over Geoff Neal last May. “The Haitian Sensation” is 4-1 over his last five and currently sits at No. 9 in the official rankings.

Max Griffin is currently riding on a three-fight winning streak in the promotion. The “Pain” was last seen capturing an unanimous decision victory over the veteran Carlos Condit at UFC 264 back in July 2021.

Fighting out of Team Elevation, Magny employs a similar style of punching as his teammate, the UFC welterweight champion Kamaru Usman. Specifically, Magny has adopted what is coined “the Trevor Wittman jab” into his arsenal of attacks, and this lead jab is quite effective.

Max Griffin is perhaps the closest resemblance to Magny in the UFC. Stylistically, Griffin employs movement and pepper-striking output on the feet to keep his opponent at a safe distance. The difference, in terms of range management, is that rather than throwing an effective jab, Griffin elects to land solid outside calf kicks against his opponent.

On the feet, both men will likely find success against the other – Magny with the hands and Griffin with the calf kick. On the mat, Magny’s technique mixed with elite cardio will enable him to get the better of the grappling exchanges and control Griffin.