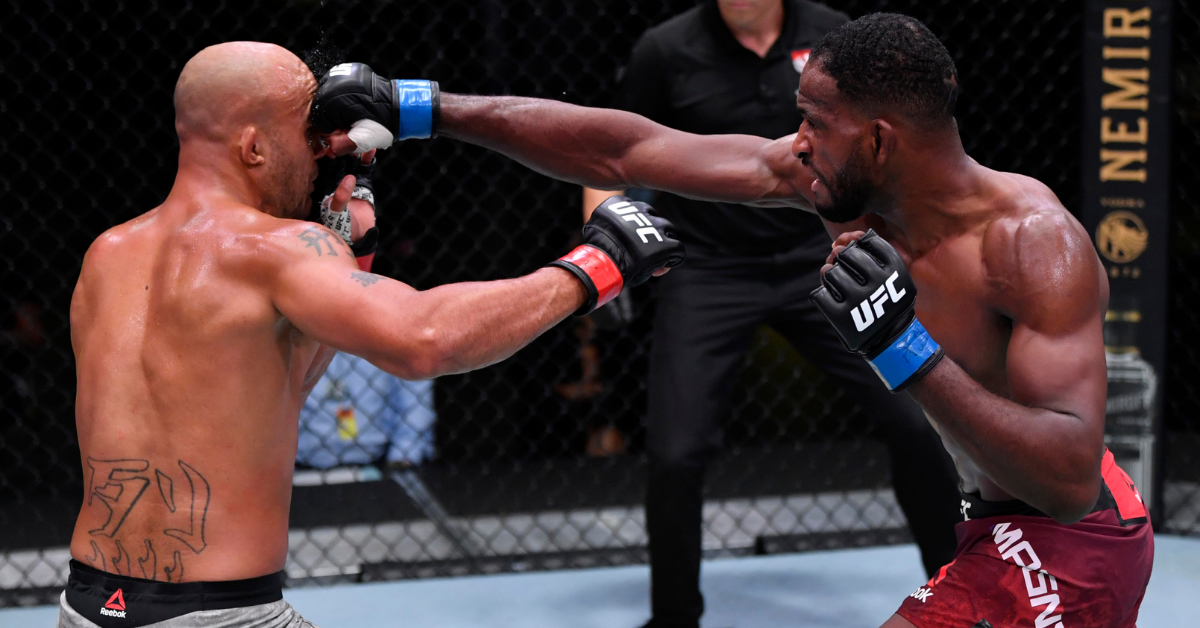 Robbie Ruthless Lawler will make his much-anticipated return to the octagon after almost a year since losing to former interim champion Colby Covington. Lawler will take on UFC veteran and top contender Neil Magny in the co-main event of UFC Fight Night: Smith vs Rakic.

Robbie Lawler has lost all of his three last fights and he will look to get back on winning track after almost three years with a win over Neil Magny. However, it’s definitely not going to be an easy task for Lawler. Magny is a UFC veteran in his own right. He has emerged victorious on 18 occasions from the 22 times he has competed inside the octagon. Magny is not a new contender. With over 20 fights inside UFC, he is an experienced fighter with impeccable striking skills. At 33, Magny could look to find a place in the top-10 with win over former champion Robbie Lawler.

Who has the edge in Robbie Lawler vs Neil Magny? Robbie Lawler will go down as one of the greatest mixed martial artists of all time. He is a former welterweight Champion with notable victories over Donald Cerrone, Carlos Condit, and Rory McDonald, Lawler has cemented his position as one of the best fighters in the Welterweight division. However, it should be noted that Lawler has not looked the same ruthless fighter we have grown to appreciate and love. While despite not being in his prime, Lawler continues to compete with top-ranked opponents, he has lost both his pace and cardio with age. However, it will be too soon to think that Lawler is done fighting.

Neil Magny is an exceptional fighter with a solid striking acumen and deadly ground game. While Lawler has faced more competitive fighters over the years, it won’t be wrong to say that this is a fight between two UFC veterans. Robbie Lawler has mentioned that he is looking to finish Magny. One can expect more pace and action from Lawler, who has largely remained on backfoot in his last few fights. It will be interesting to see how Magny will fare against someone as credible as Lawler. It’s safe to assume that it will be a striking battle between both the fighters.

Robbie Lawler has an edge in striking considering his experience, however, Neil Magny will look to upset Lawler and cement his position in the top-10 of the UFC Welterweight division. It’s a three-round fight, which will likely benefit Lawler more than Magny. If Robbie Ruthless Lawler shows up, it’s going to be a tough night for Magny. However, it won’t be shocking to see Magny pick up a win against Lawler. Be that as it may, we are going with Robbie Lawler via unanimous decision.