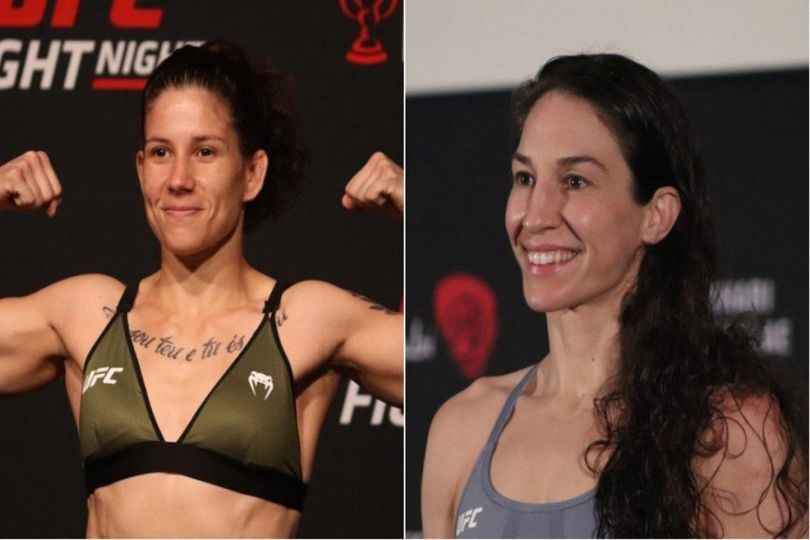 This weekend UFC Fight Night: Blaydes vs Daukaus will be taking place at the Nationwide Arena in Columbus, Ohio. In the preliminary card Sara McMann will step inside the UFC octagon to take on Brazil’s Karol Rosa in a Bantamweight match-up.

Sara McMann (12-6) last competed in the UFC over a year ago, where she suffered a submission defeat against the now- women’s Bantamweight champion Julianna Pena. McMann would be looking to get back in the win column by defeating Karol Rosa.

Brazilian fighter Karol Rosa (15-3) is one of the hottest prospects in the women’s bantamweight division. Rosa is currently riding on a six fight winning streak inside the octagon and is yet to taste defeat under the UFC banner.

McMann obviously has that wrestling background which she will use to try and get takedowns and win a decision. The question is can Rosa stop those takedowns? If she can this fight will be a sweat for McMann, who is as one-sided as one can be.

In the regional scenes most of Karol Rosa’s losses came via submission. More specifically, Rosa takes her opponents down and ends up in a bad position. Coming into this fight Rosa has won six straight though, meaning she has been very consistent.

We have no doubt that McMann will be able to get a few takedowns, but Rosa’s scrambling ability is good enough to get her back to her feet. Once the lactic acid starts building the age discrepancy comes into play. Rosa will wear the rounds far better than a 41-year-old injury-prone wrestler.